A coastal city in the Australian state of Victoria, Melbourne is known for its trendy arts scene, riverfront bars and restaurants and modern Federation Square development.

And do you know what? It’s an absolutely cracking place.

Some of you may already know that I first visited Australia in 2014 when I did the traditional east coast route from Cairns to Sydney. However, I didn’t make it as far down as Melbourne.

Needless to say, I always regretted this.

At the end of September, almost two years after my first time in Oz, my dream of being able to visit this captivating city became a reality. And it certainly didn’t disappoint.

How to Get to Melbourne from the UK

First things first, getting to Melbourne from the UK is fairly straightforward – it just takes a long time! (A day, to be precise.)

From any main airport in the UK (including London and Manchester), you’ll need to get a connecting flight in Dubai, Doha or Singapore.

However, the good news is that Qantas is currently testing flights to go direct from London to Sydney. Even though there’s no timetable as to when this may be offered to the public, it’s an exciting prospect and a great way to reduce the travel time from the UK to Australia.

How to Get Around Melbourne

Once you’re in Melbourne, getting around is super easy. You have the following options.

Therefore, the choices are endless!

The Best Things About Melbourne

Without further ado, read on for 5 main reasons why I love Melbourne so much.

1. The CBD Looks and Feels Amazing

Reasons why I love Melbourne 101: have you SEEN the Melbourne skyline? It’s BEAUTIFUL.

Plus, Yarra River cuts directly through the Central Business District, which means that there’s skyscrapers overlooking it either side.

Either way, it’s so lovely and charming in this area with shops, bars and buskers aplenty. You’ve also got the beauty of the Royal Botanic Gardens only a stone’s throw away. Win-win. Everyone who’s been to Sydney CBD knows that there’s a lot of people constantly rushing around (a bit like London) and it often feels overcrowded.

Melbourne is super chilled in comparison. No one seems to be in a hurry to get anywhere and the streets are generally a little quieter.

Also, the people we came across in Melbourne were so sweet, they were generally interested in us. For instance, the Baristas we bought our coffee from in the morning always wanted to know our life stories!

In fact, all the locals are so friendly, probably because it’s a very multi-cultural city. It was even recently voted the number one city to live in, out of all the cities in the world. And now I totally understand why.

From alternative Fitzroy to the hipster feel of St Kilda, Melbourne has some pretty cool suburbs surrounding its CBD.

We visited St. Kilda during an overcast day which probably wasn’t the greatest idea for beach photos. Usually the sand is super golden, but we didn’t get to experience this. Even so, this little town still oozes charm in rubbish weather, and is a backpacker favourite for the beach, shops and nightlife.

The shops I’m talking about in particular are the cake shops. There’s a whole row of them where you can find every cake variety imaginable. We had chocolate fudge cake in one of them and it tasted like a little drop of heaven.

Furthermore, there’s Luna Park in St Kilda which is one of the oldest theme parks in Australia. We didn’t go in, but it was just fun to have our photo taken in front of the entrance as it has quite a circus-themed look to it! 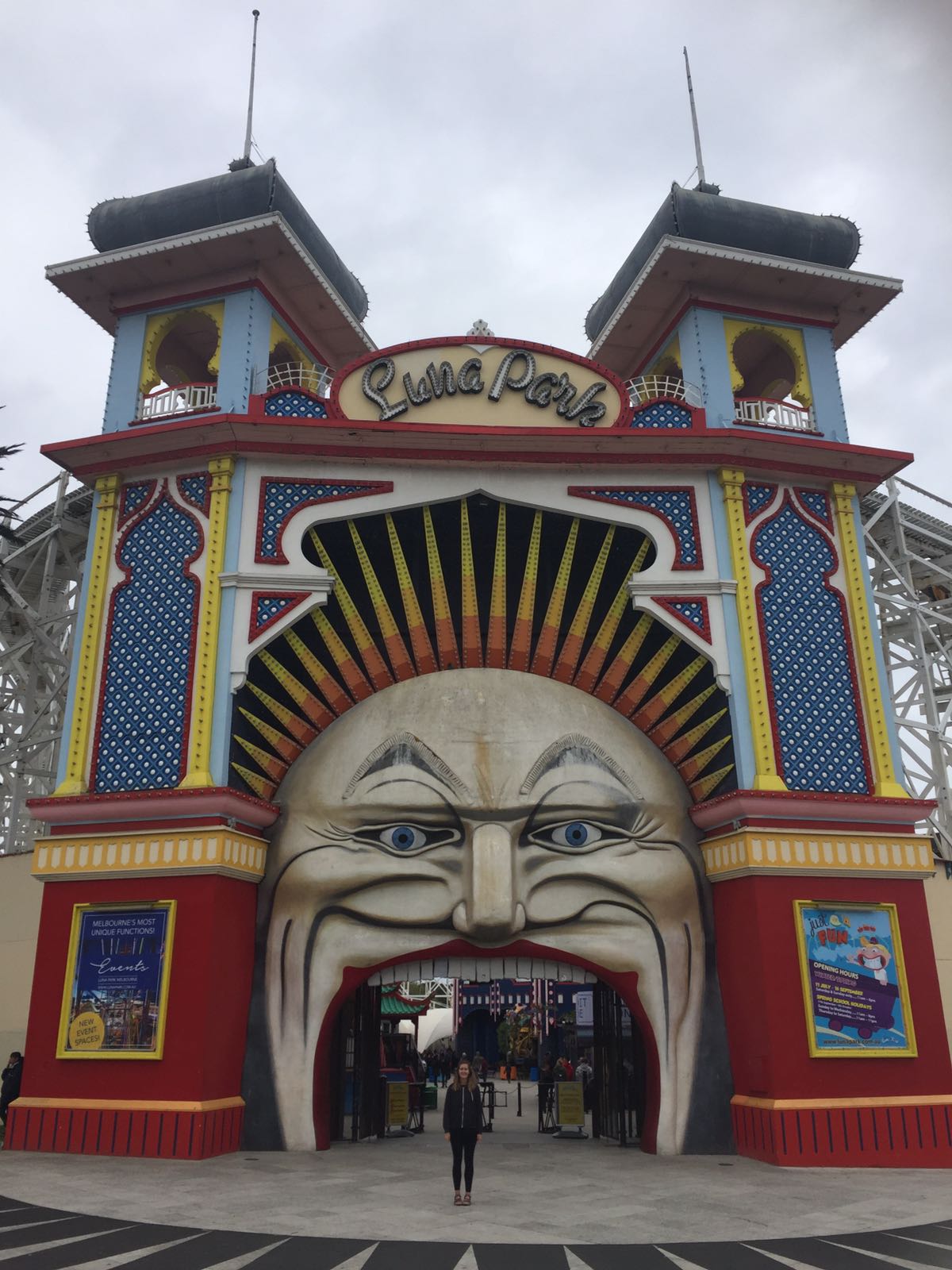 Another of the top reasons why I love Melbourne is the nightlife.

There are an abundance of bars, from the Asian Beer Cafe and Melbourne Central Lion Hotel in the CBD to upmarket Chapel Street. This means that there’s something to suit every taste.

And the atmosphere is always buzzing in these places, which makes for a fun time.

5. Great Ocean Road and The Apostles

For those who haven’t heard of the Great Ocean Road, it’s exactly what it says on the tin: a road at the coast running alongside the ocean. And it really is great.

There are a lot of beaches along the way that you can stop off and look at, as well as gorgeous generic scenery looking out to sea. In addition, around a two-hour drive from Melbourne’s CBD on the edge of Port Campbell National Park, are the Twelve Apostles.

These limestone rocks in the middle of the ocean are famous as they have slowly detached from nearby cliffs over time. Although don’t try to count twelve because there are, in fact, only seven remaining. (I know, bit misleading – right?)

Regardless, the SEVEN Apostles are definitely a sight to behold and have vastly become one of the most popular tourist hotspots in Melbourne. For me, they were up there with the Grand Canyon as one of the most amazing things I’ve ever seen.

We did a full day tour from Melbourne’s CBD which included other stops as well as the Apostles, such as Loch Ard Gorge and the adorable beach town of Port Campbell. It was one of the best days of our trip and I’d highly recommend this tour to anyone! 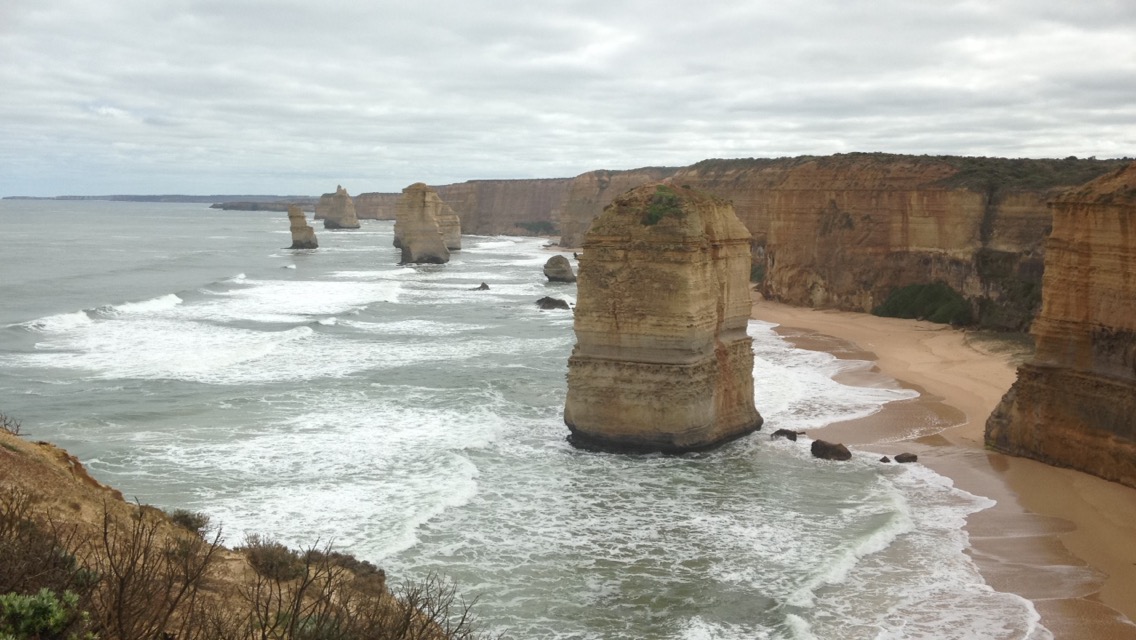 Embracing the Many Reasons Why I Love Melbourne

To be honest, I could go on and on about this city. It has good shopping, one of the best public transportation systems I’ve ever experienced, a nice marina and countless other plus points.

And do you know what else? It’s cheaper than Sydney and some other parts of Australia.

Melbourne also generally feels like aspects of places you’ve visited before; it’s so homely. When I first walked through its streets, I think I described it as a cross between Chicago, Auckland, Wellington and Charlotte. And I immediately fell in love.

Have you ever been to this Australian city? Did you love it as much as I love Melbourne? Let me know!