If there’s one thing that you must do while you’re on this beautiful planet, it’s visit the iconic New York City.

I’ve been a grand total of five times now and each and every trip has exceeded my expectations.

There’s nowhere quite like it anywhere else in the world. And if anybody says otherwise then they’re lying! 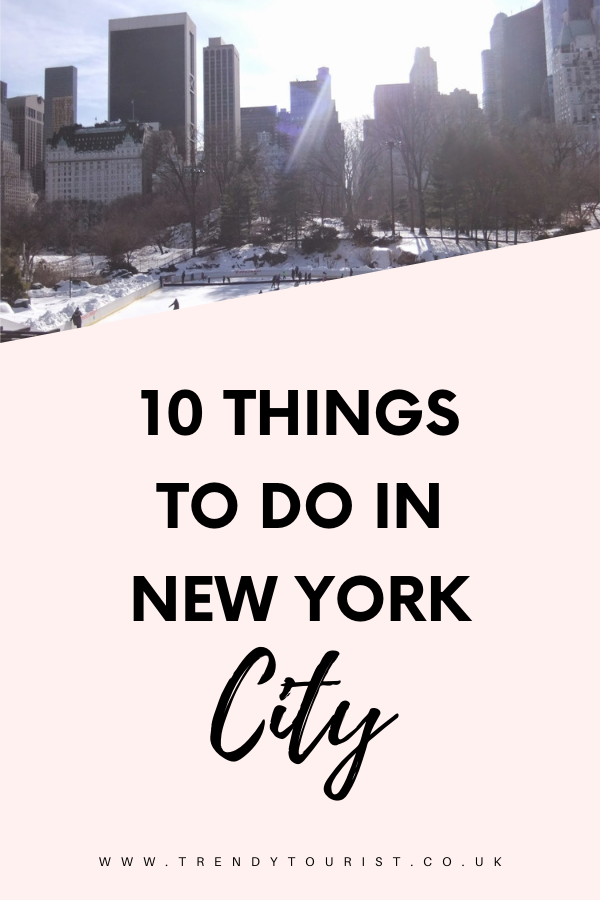 How to Get to New York City

You can easily get direct flights to one of these airports from the following cities in the UK:

How to Get Around New York City

Getting around NYC is pretty simple. You have the following options.

Or you could pretend you’re Carrie Bradshaw and flag down one of the city’s famous yellow taxis. Squee!

Top Things to Do in New York City

Now that you’re clued up when it comes to how to get there and get around, let’s get to the good stuff!

Things to do in New York City 101: a Central Park picnic.

(This is obviously weather permitting as no one wants to sit on wet grass in the rain eating soggy sandwiches when they’re on holiday – or ever!)

In the winter, you can go ice-skating! 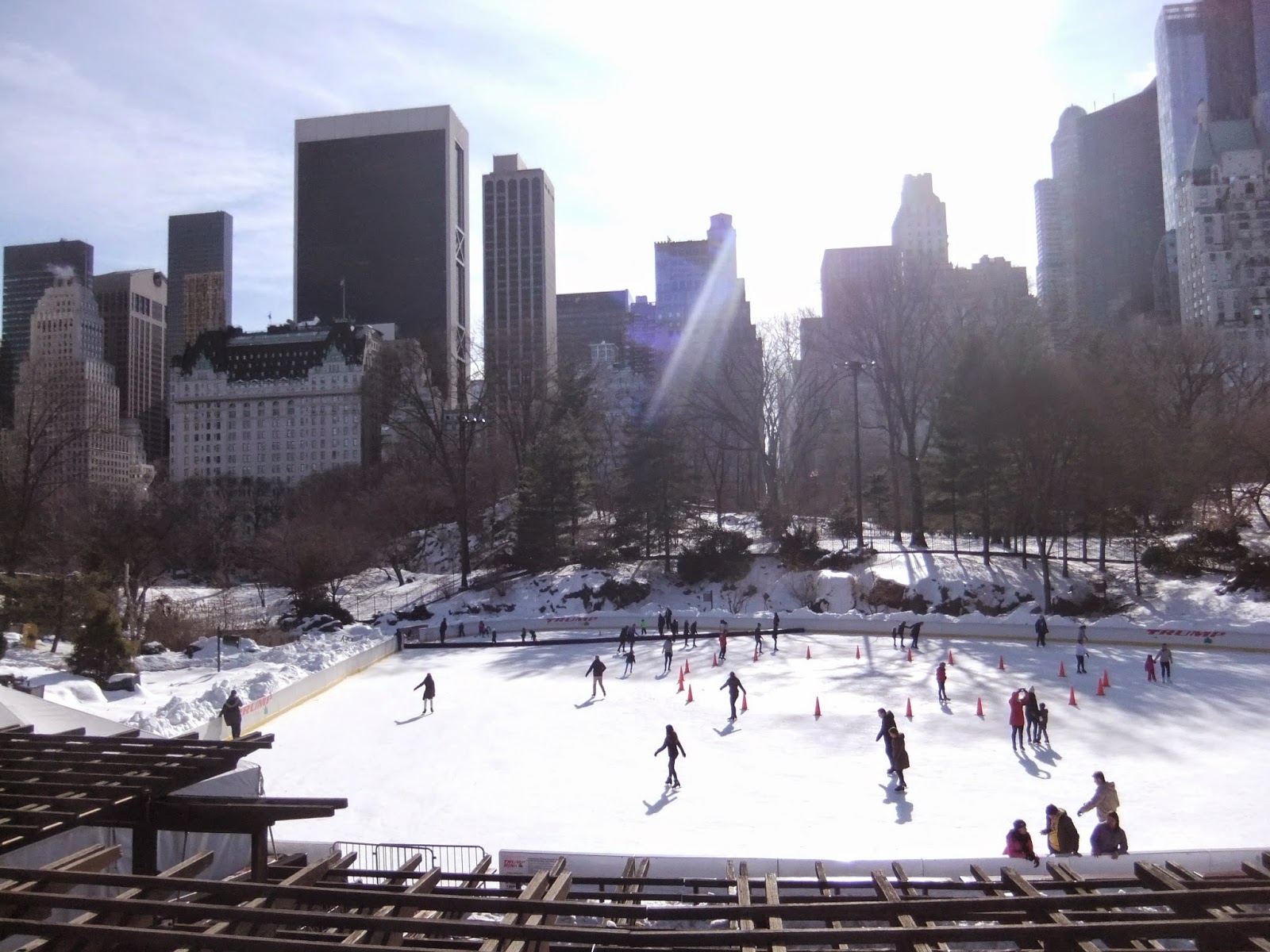 When I was a young wee girl (aged nine) on my first trip EVER to NYC, I was lucky enough to ride the elevator to the top of one of the Twin Towers before the 9/11 tragedy occurred.

This meant that when I visited Ground Zero for the first time post-9/11, I was even more overwhelmed with sadness for what happened on that devastating day as I remembered how the World Trade Centre was previously. 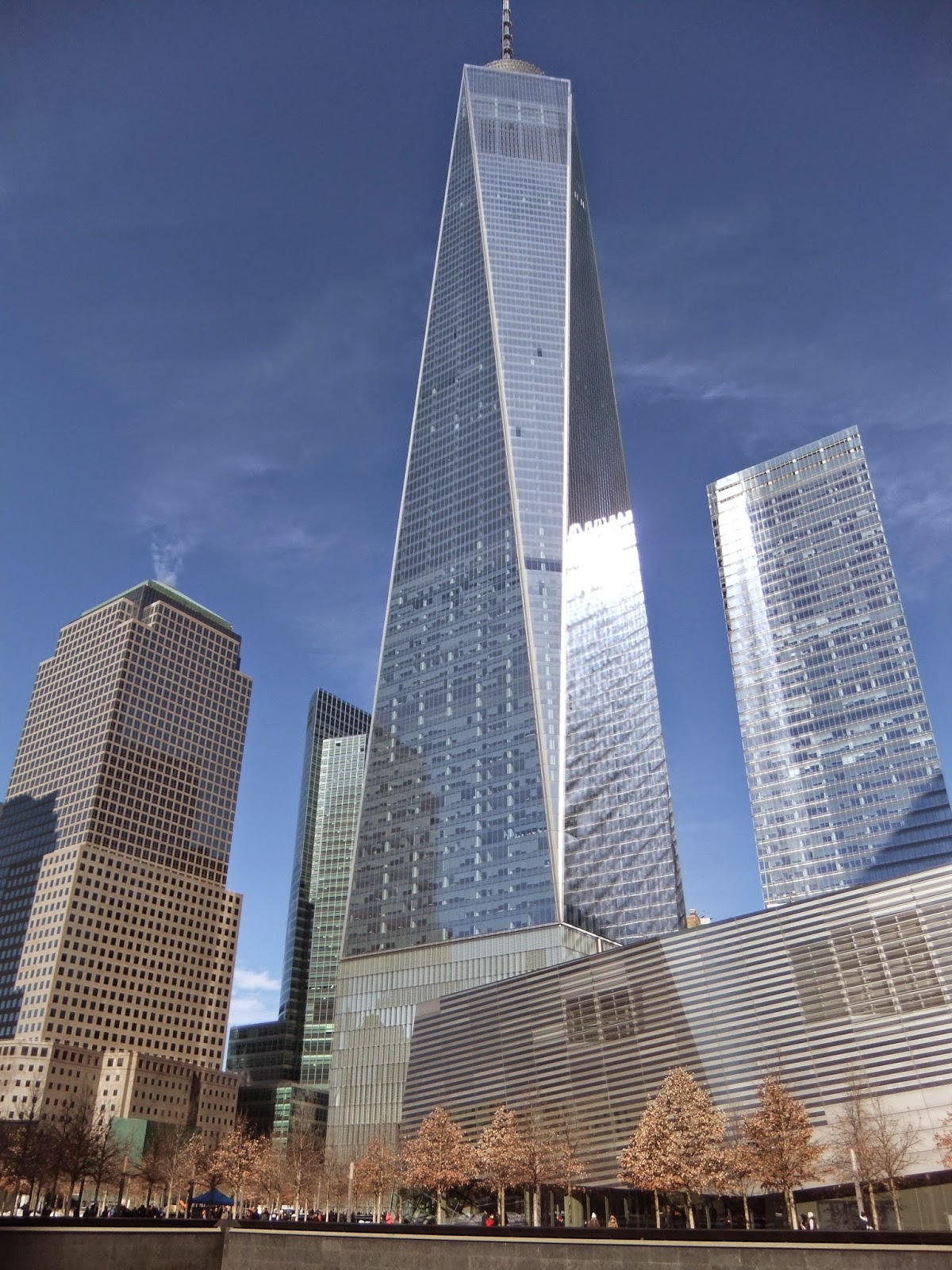 The majority of the shops in Soho are all on one street and go on for about 26 blocks. Have fun but try not to spend all your money!

Spoiler alert: you will end up spending all your money.

Seaport is a cute little shopping district at the most southern point of Manhattan (hence the name Seaport as it’s right on the sea!).

You could even walk cross the Brooklyn bridge to check out this quirky, artsy area.

6. Go Up the Rockefeller Centre Skyscraper

By hitting the Top of the Rock, you get spectacular views of the city INCLUDING the Empire State Building. Also, if you’re strategic with your timing, you can get incredible photos of both the daytime and sunset views, as well as seeing how pretty everything looks lit up in the dark.

Fifth Avenue caters to all your shopping needs, therefore, a hotspot for all tourists.

If you want to shop for luxury goods (a la Louis Vuitton), you can find them here. But if trashy souvenir shops are more your style, there’s plenty of them to go around too.

Times Square is, undoubtedly, the best bit of the Big Apple (in my opinion). It’s the most visited place globally with over 360,000 pedestrians per day.

And the dazzling lights, skyscraper buildings and charged atmosphere are what the city’s all about.

Plus, you’re very likely to stumble across the next big premiere or marketing event right in the middle of it, so make sure to keep your eyes peeled.

When I visited Times Square for the fourth time, I walked right into the middle of the Transformers 3 premiere and got to see the cast and crew being interviewed on the red carpet. Happy days! 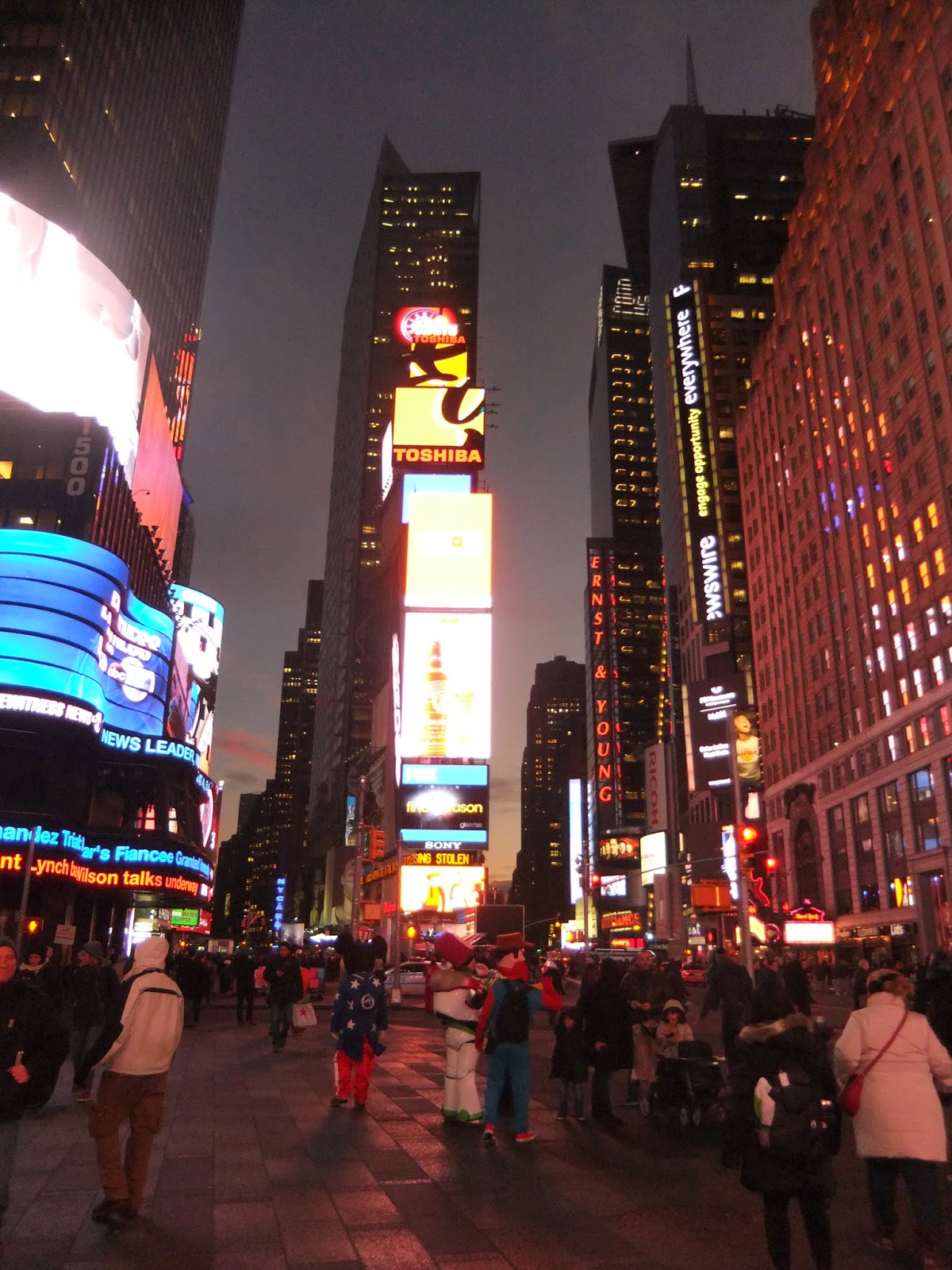 9. Go to See a Broadway Show

To put it simply: the shows on Broadway are unbelievably
amazing.

I’ve seen Peter Pan, West Side Story, Chicago and The Lion King and loved each and every one (especially The Lion King as that’s one of my
favourite films of all time!).

Pro traveller tip: keep in mind that tickets can be a bit pricey, so make sure you ask your hotel Concierge for deals. Or you can wander through Times Square where a lot of show reps will approach you.

There’s also a ticket booth in Times Square where you can queue early in the day for discounted show tickets for the following night.

It’s a gorgeous building and a great place for lunch.

It also has a food hall on the bottom floor, a bit like the food hall in Harrods, and there are plenty of yummy choices on offer. Bon Appetit! 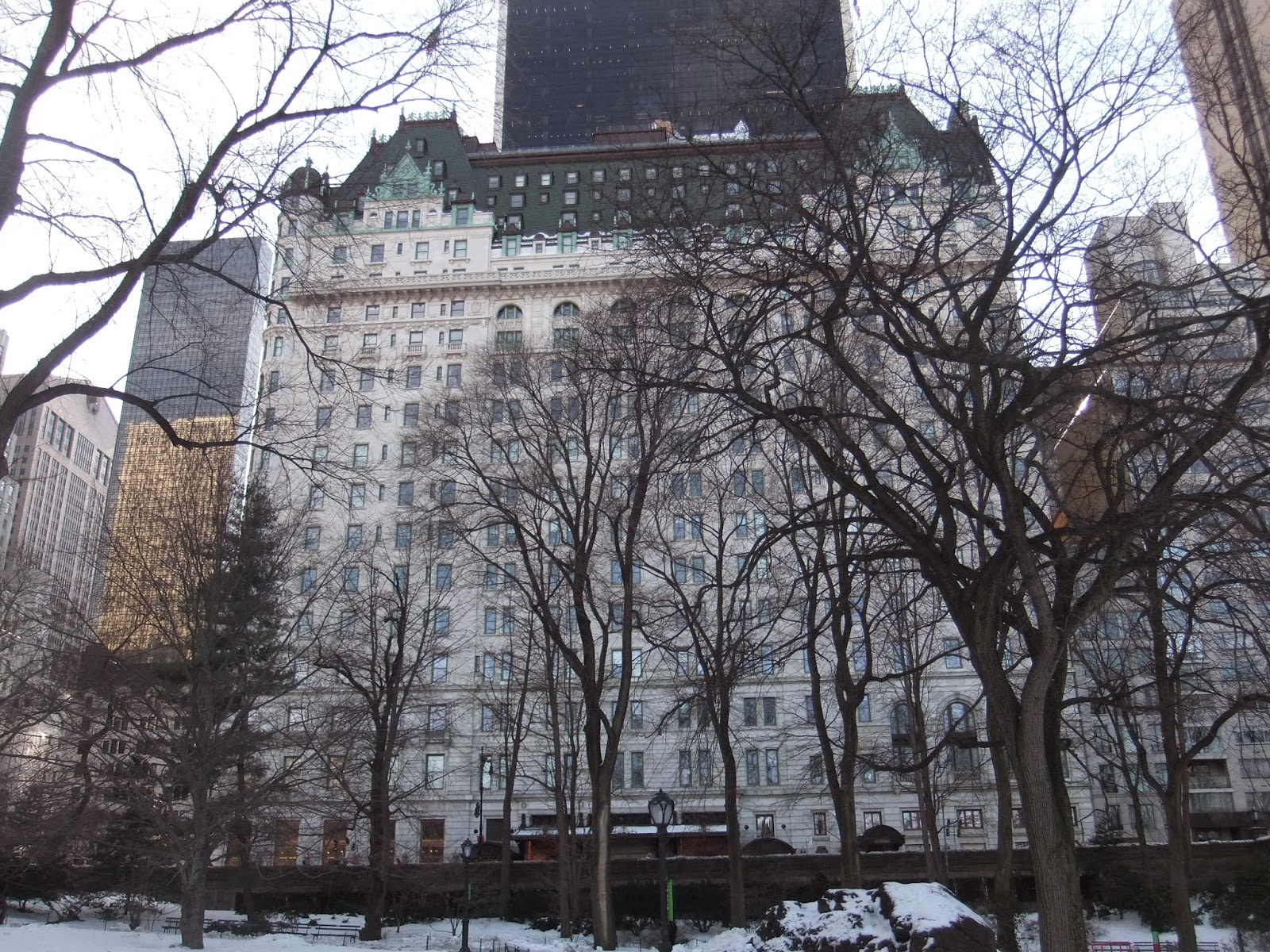 NYC: Blink and You’ll Miss It

Whatever you do in NYC, try to make the most of your time there as the city is so fast-paced that you might blink and miss it.

Then you’ll be home before you know it, chewing your friends’ ears off and reminiscing about your time in the Big Apple.

And just wishing you’ll have a future opportunity to take another bite.

Have you been to NYC before? What’s your favourite thing to do?