Full disclosure: my sister and I first visited Las Vegas for three nights in January 2015.

Since we managed to fall in love with the charm of the city in just three days, we decided to visit again. But this time, we wanted to see what all the fuss was about by going on a peak summer weekend in June.

Sure, we expected a lot more tourists and longer queues… But what we didn’t expect was the amount of tourists and the sheer length of the queues!

This was because we were there (unintentionally) during EDC weekend. (Oops.)

What is EDC, you ask? Well, EDC (short for Electric Daisy Carnival) is one of the biggest electronic music festivals in the world. The main event is held in Vegas every year, bringing in hundreds of thousands of people.

That said, here are my top tips for surviving the EDC Las Vegas weekend if you’re not actually one of the festival goers. 1. Be Prepared for the Lack of Public Transportation

How to survive EDC Las Vegas as a non-attendee 101: expect a shortage of taxis and Ubers.

How come? Well, most taxi/Uber drivers are very reluctant to work during the EDC weekend in fear of horror stories such as people vomiting all over their car or behaving drunk and disorderly.

Luckily, we still managed to get Ubers everywhere but be prepared that there will be limited public transportation options. And the ones that are available will add a surcharge due to the lack of availability.

2. Be Mindful That It’s One Big Party

People openly drink alcohol in the streets in Vegas in general, but we felt that this was taken to another level during EDC! At various times walking down the strip throughout the weekend, you could hardly move for people drinking.

If you’re happy going nowhere fast or participating in your very own human obstacle course, you won’t mind it at all.

In fact, it actually created a pretty good atmosphere as everyone was friendly, happy, laughing and joking – and ready to PART-AY, of course. 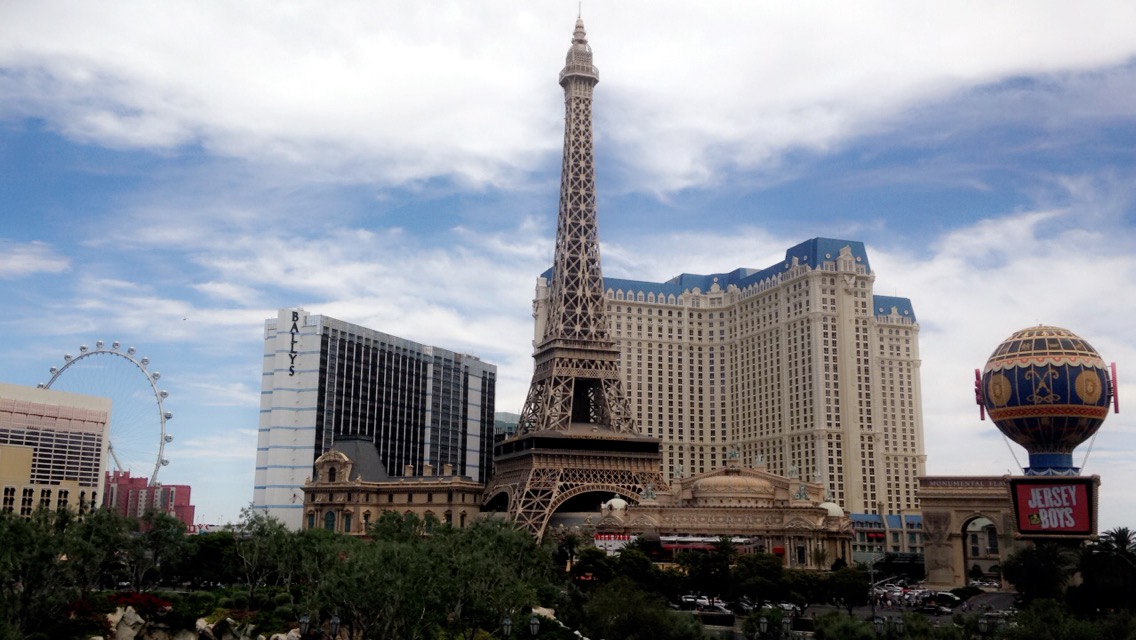 3. Accept That There Will Be a Queue for Everything

From restaurants to shops and even your hotel’s reception desk, there’ll be a long queue for absolutely EVERYTHING during the weekend of EDC Las Vegas.

The sooner you accept this, the better.

And don’t think you can get away with it at so-called “fast food” places like McDonald’s. No, everybody drinks during the day which means that everybody needs junk food at the same time. Apparently.

Needless to say, patience is a necessity.

4. Acknowledge That You’ll Get a Strange Look From EDC Festival Goers

…When you tell them that you’re not in town for EDC – just a regular Las Vegas visit. It was a happy coincidence, okay?!

(For the thousandth time.)

5. Realise That the Clubs Are Still Going to Be Packed

…Even though 99% of visitors are in town purely to attend EDC Las Vegas.

My sister and I were naive enough to think that the clubs might not be AS busy as they usually are on a standard weekend in Vegas because of EDC.

Oh, how wrong we were. How could we forget about the locals?

Hello, big queues to get in, even bigger queues for the toilets and about an hour wait just to get a drink at the bar. Sigh. 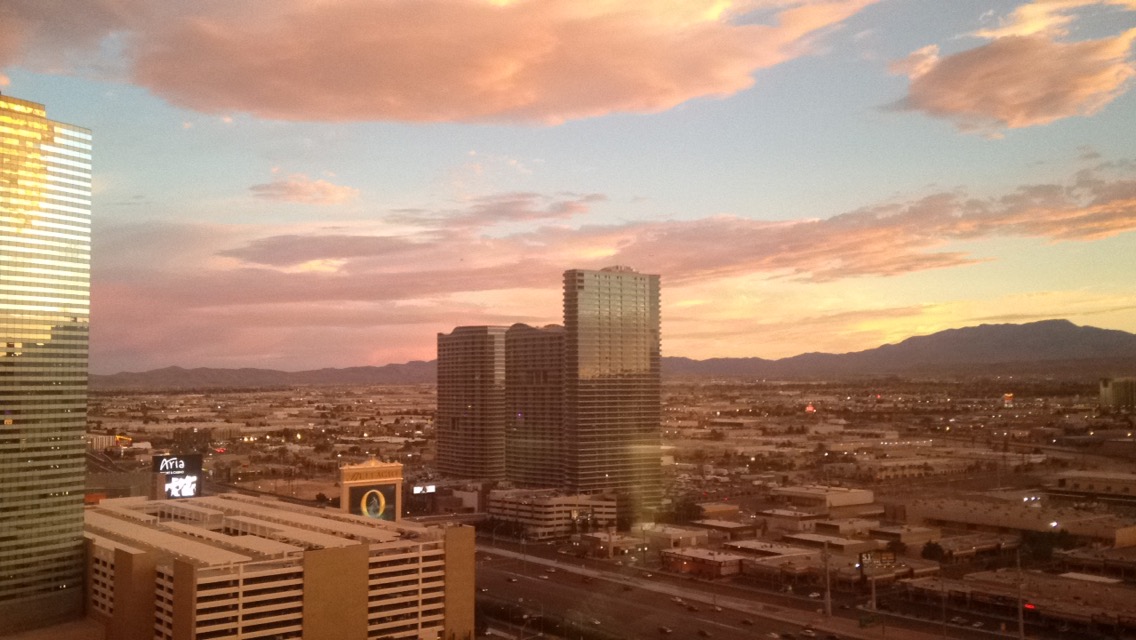 6. Make Sure You Have a Promoter for the Clubs

That said, it’s imperative that you have a club promoter to help you navigate the Vegas nightlife.

These amazing human beings will get you into the best clubs for free, allow you to jump the queues and even offer you free drinks upon entry. And you really need them to conquer the crowds of EDC weekend.

7. Expect to Be Pleasantly Surprised With Pre-EDC Acts

It was during the pre-EDC party at Intrigue @ Wynn that we were lucky enough to experience of the most awesomest DJs I’ve ever seen or heard IN MY LIFE (if awesomest is even a word).

If you’re a music fan, you can take advantage of seeing a variety of acts in the clubs in the run up to (and during) EDC Las Vegas. And some of these acts are ones that you’d never even come across yourself.

8. Don’t Let the Crowds Stop You From Doing Things

Sure, everywhere will be busy during EDC weekend. However, there are things you must do when you’re in Vegas whether there’s a crowd or not.

For instance, you have to visit the famous ‘Welcome to Fabulous Las Vegas’ sign, go to at least one casino, spend a day at Fremont Street, watch the Bellagio fountain show and see a show (to name a few).

Why? Well, because you just have to! I mean, there’s a reason why all the tourists are at these attractions.

9. Take Some Time Out to Relax

Everything moves at such a fast pace during an average weekend in Las Vegas anyway, never mind when EDC is on!

As the crowds and all the activities on offer can be quite overwhelming, make sure that you take some time out of your day just to relax. Whether this is lounging round your hotel’s pool or taking a much-deserved nap, it’s important to allocate frequent bits of downtime.

After all, if you try to go 100 miles per hour, you’ll only run your body down and have to slow down eventually anyway. Right?

10. Watch Out for Those Infamous Las Vegas Heatwaves

As soon as we arrived in Vegas, the Uber driver who picked us up from the airport warned us that a heatwave was about to strike and we should be prepared for temperatures up to 45 degrees celsius.

Us Britons can only deal with 30 degrees tops and then we get too hot and stressy. Like, what is this? Are you trying to melt me, sun?

Apparently this is quite standard for a peak summertime weekend in June, but luckily the temperature only reached 38 degrees whilst we were there (which was hot enough for us!).

Drinking LOTS of water is key – especially when partying as we all know how dehydrating alcohol is. 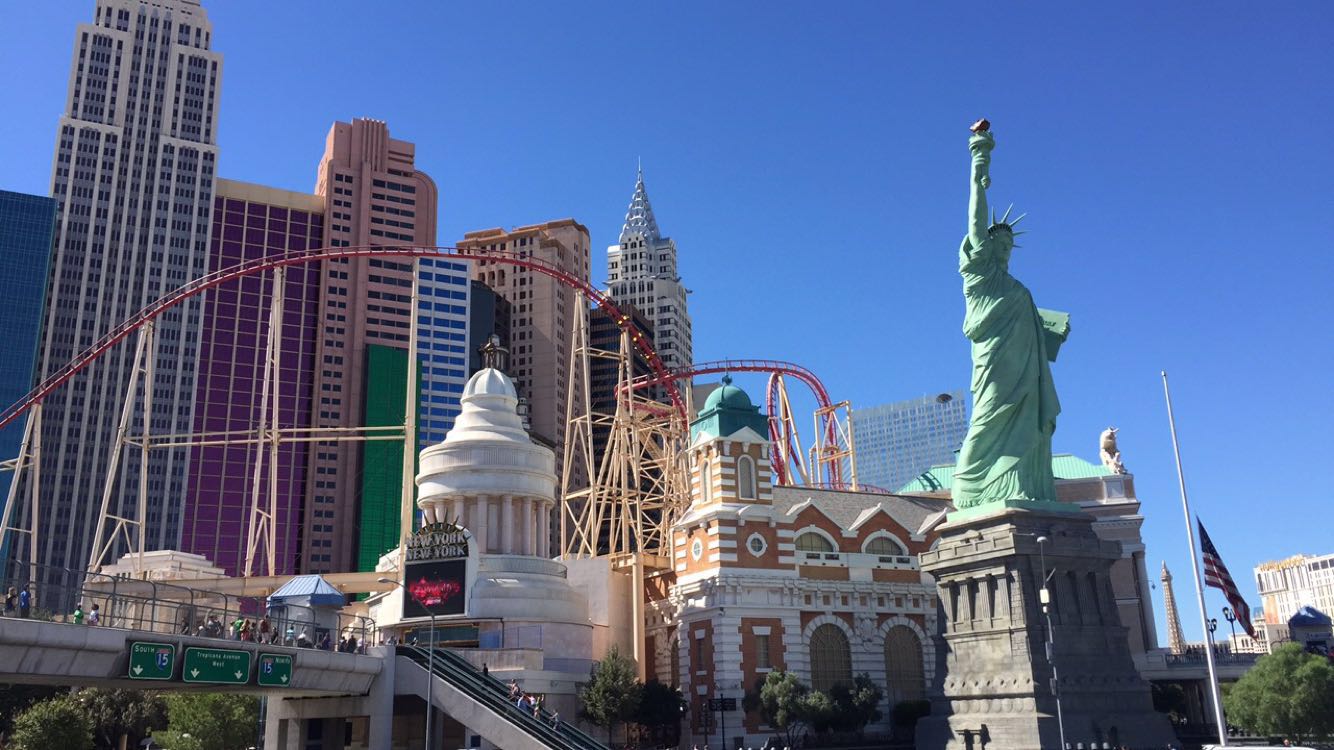 All in all, we had a blast in Vegas this time around and I think the fact that we were there the same time as EDC made it so much more fun!

We definitely wouldn’t let the festival stop us from going around the same time again, we’d just be a lot better prepared having already had the experience.

Have you been to EDC Las Vegas? What are you top tips for surviving as a non-attendee? Thanks for reading!