Fossil x The Apartment at LFW

Recently I was invited to spend the day at The Apartment, a bloggers’ event at London Fashion Week. What is The Apartment?

The Apartment is the brainchild of blogger Abi Marvel and is now in its second year.

Set in a beautiful, aspirational location, it’s a place where some of the UK’s top bloggers can drop by in-between LFW shows. They can relax, interact with brands and catch up on their blogging. 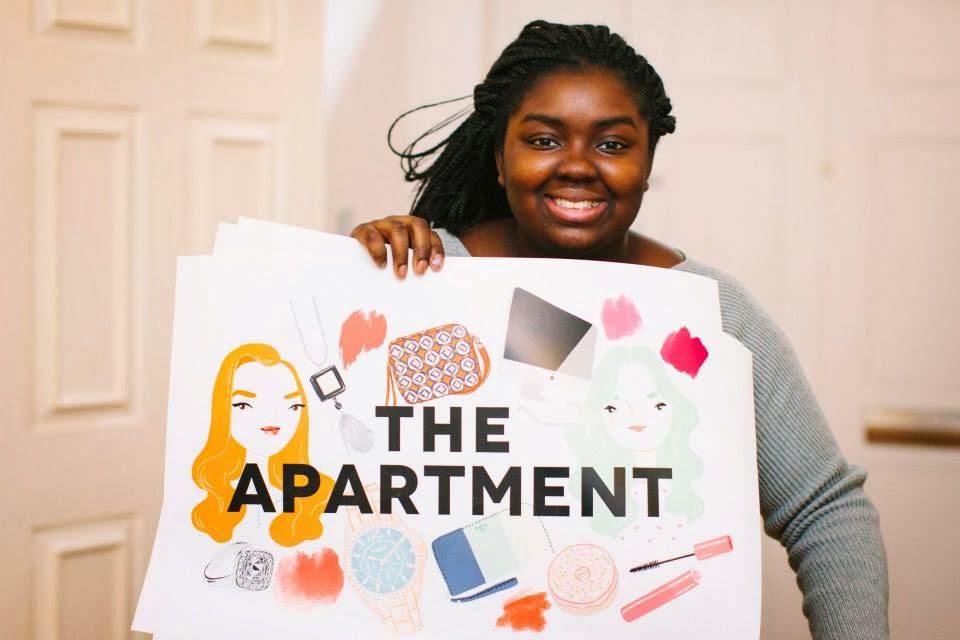 (Image courtesy of Abi at The Apartment)

Fossil, the American fashion company that I currently work for, was the official accessories sponsor for The Apartment’s AW14 LFW season. As a result, they got their own master bedroom space in a luxury condo in Mayfair where The Apartment was held.

It was decorated with SS14 product and marketing imagery relating to ‘On the Open Road.’ This is Fossil’s theme for 2014 intertwined with the company’s 30th anniversary. 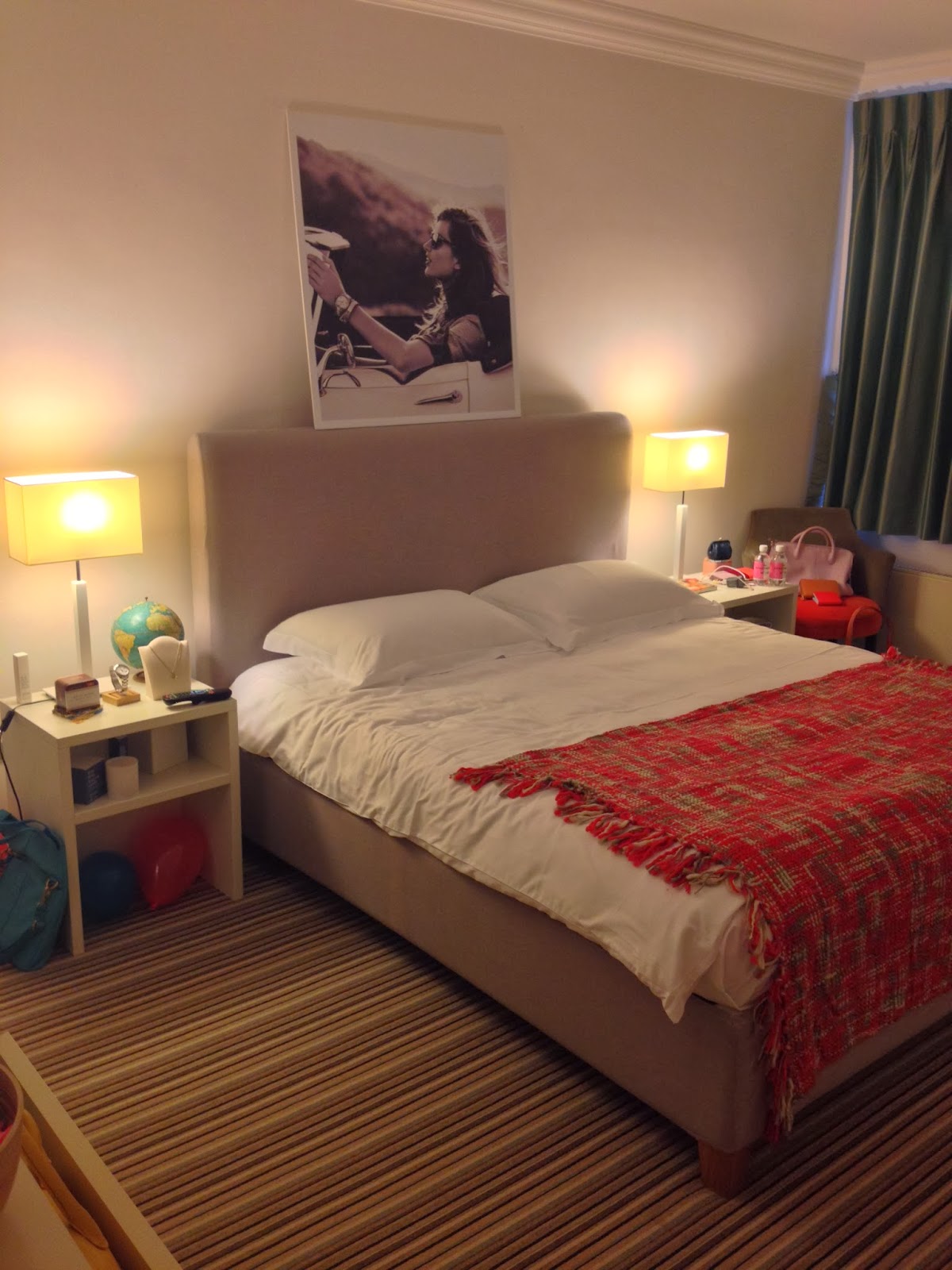 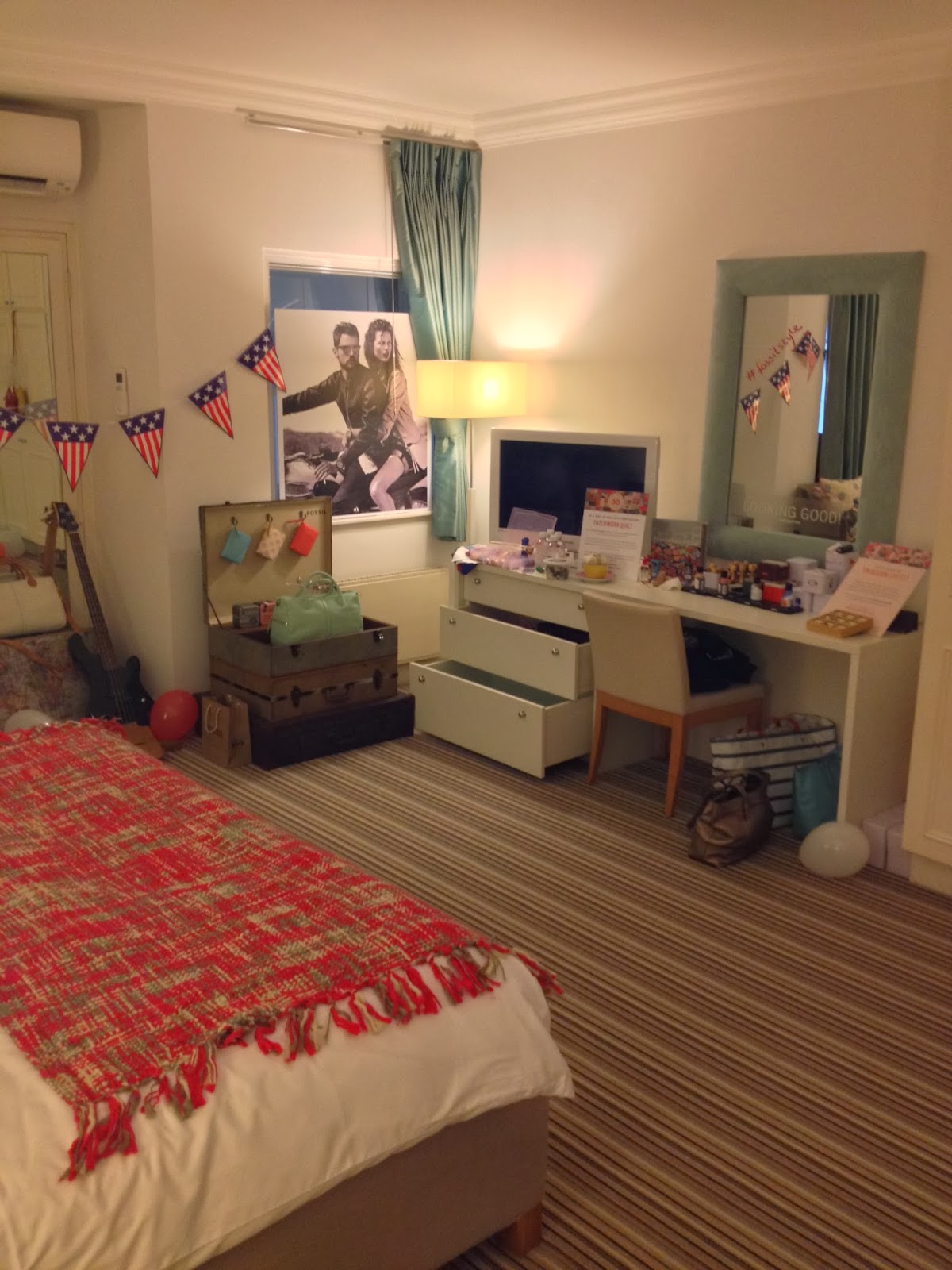 Likewise, there were retro ornaments and furniture to tie in with Fossil’s ‘modern vintage’ values. 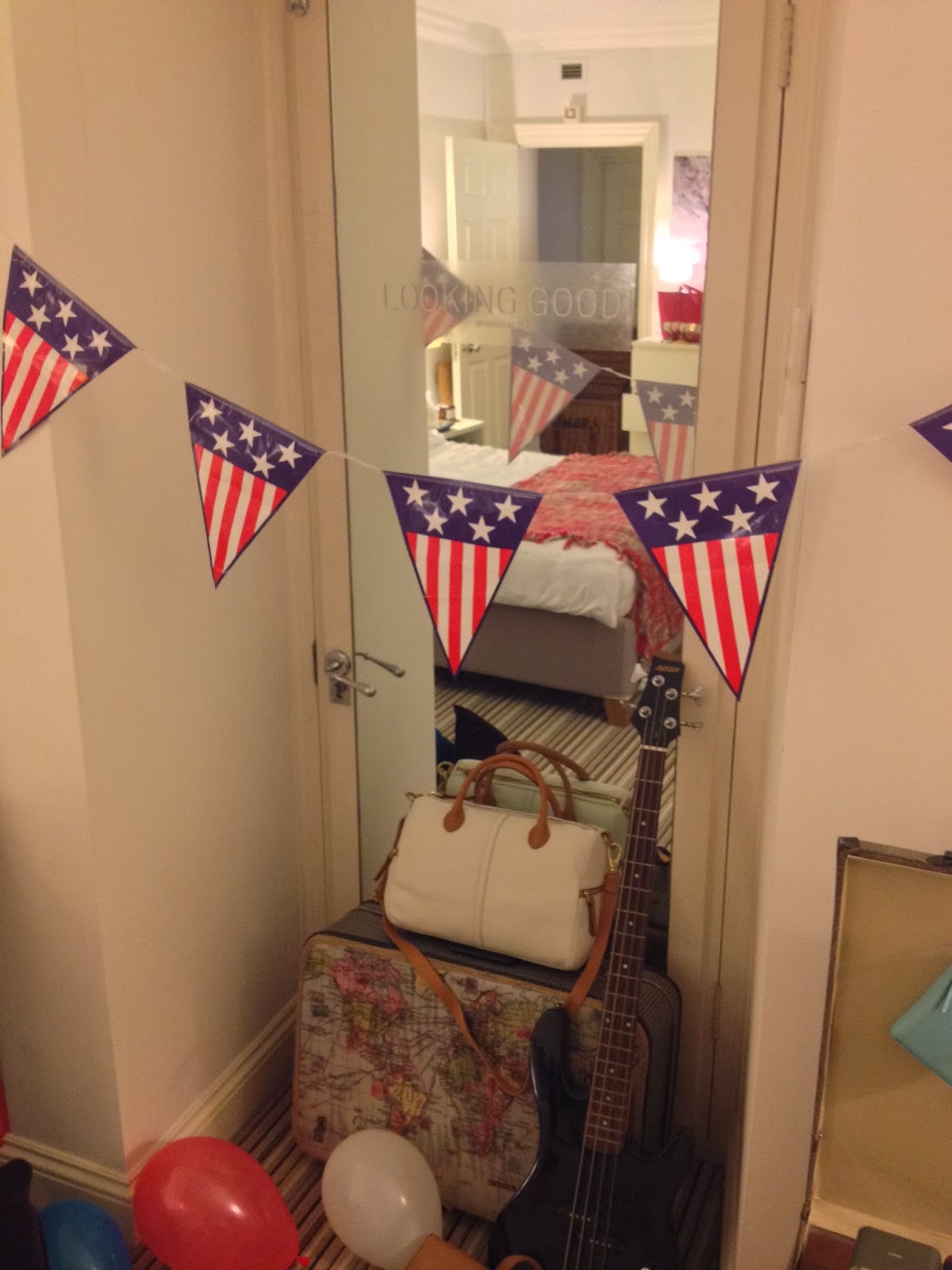 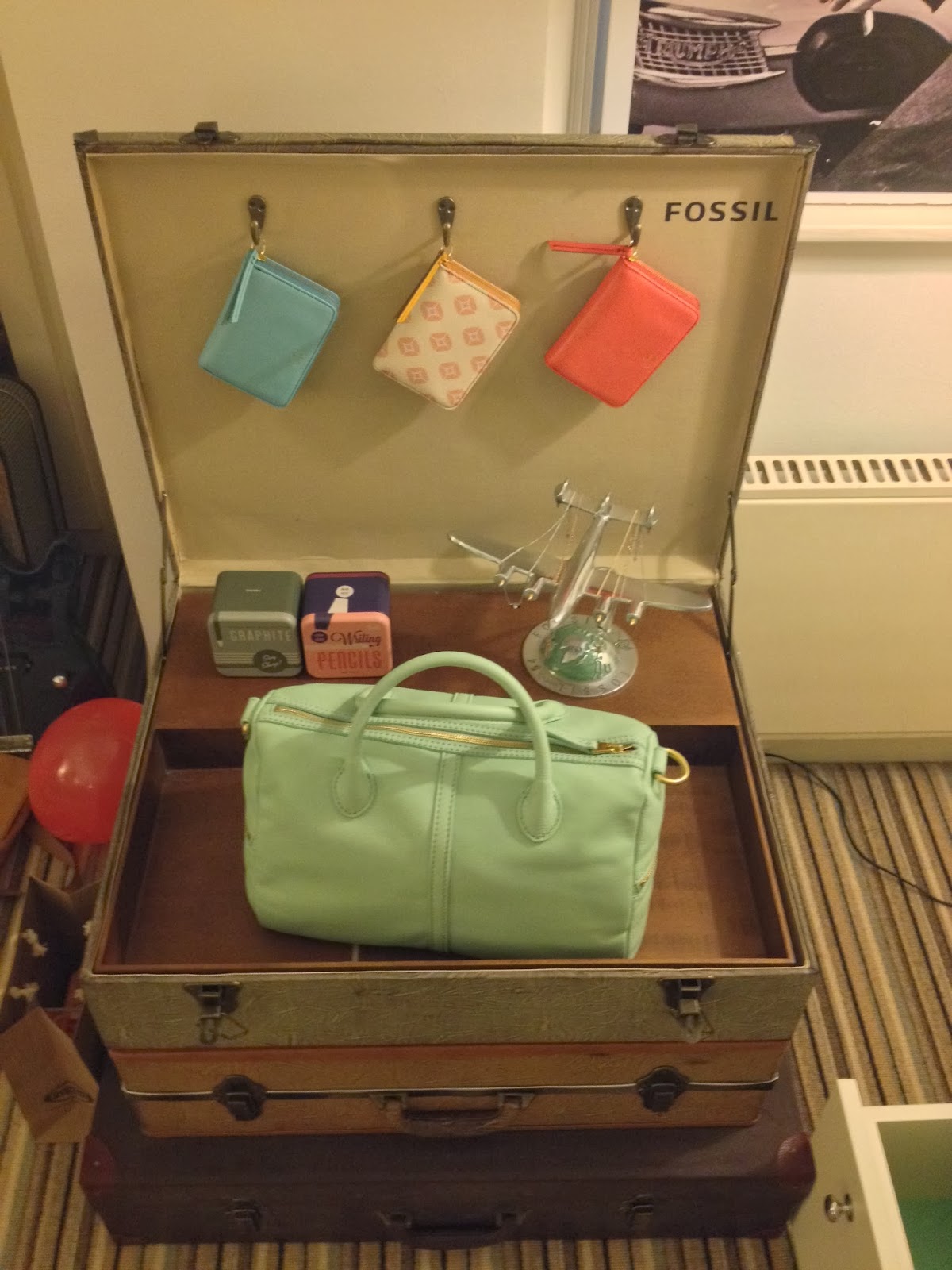 As a way of celebrating their 30th anniversary, the company is currently hosting a watch tin design competition. This is where consumers can create their own tin artwork for a chance to win $5,000.

For that reason, Fossil decided to have activities going on in the space.

Therefore, at The Apartment, bloggers could be a part of this by participating in tin stamping. 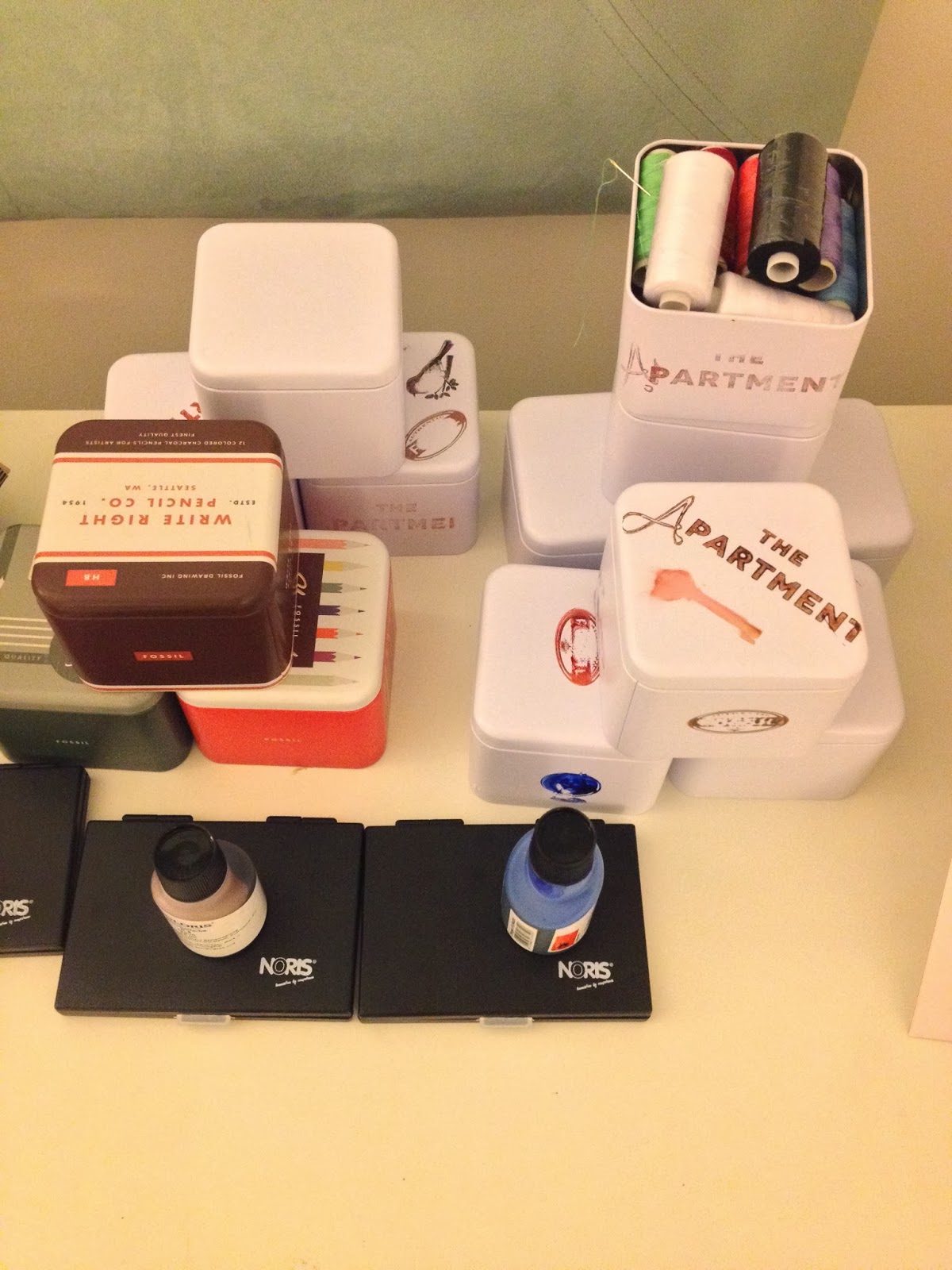 They could also design their own fabric square, which will eventually be made into a 30th anniversary patchwork quilt. 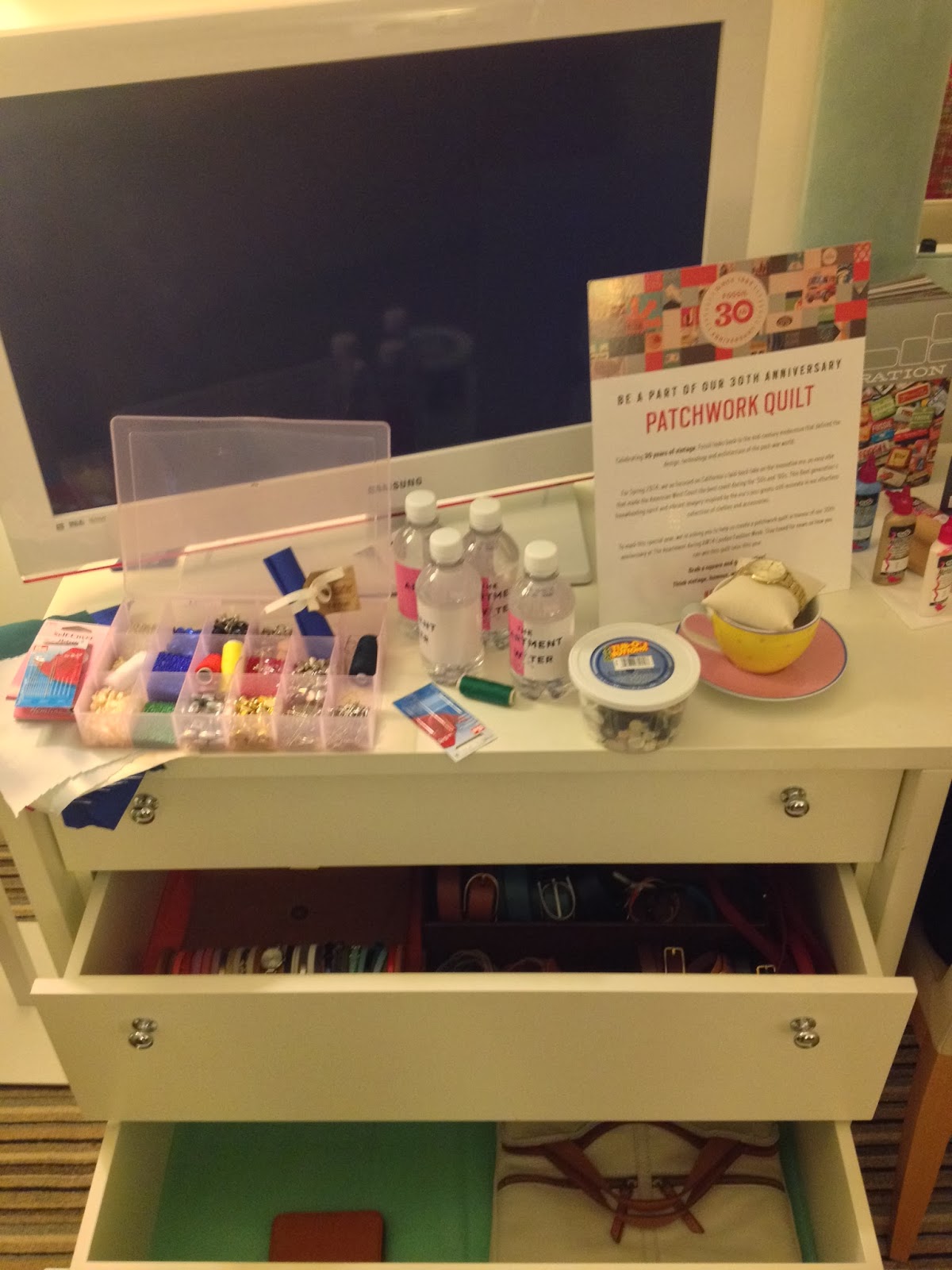 All in all, The Apartment was a great opportunity for Fossil to showcase their brand and have bloggers engage with their fabulous SS14 product.

Furthermore, it was an amazing opportunity for me as a blogger.

As well as manning the Fossil bedroom, I explored the space, chatted to other brand representatives and met some new bloggers.

The space was decorated beautifully by Abi and her creative team and I thoroughly enjoyed my time there! Thanks so much for having me, guys! 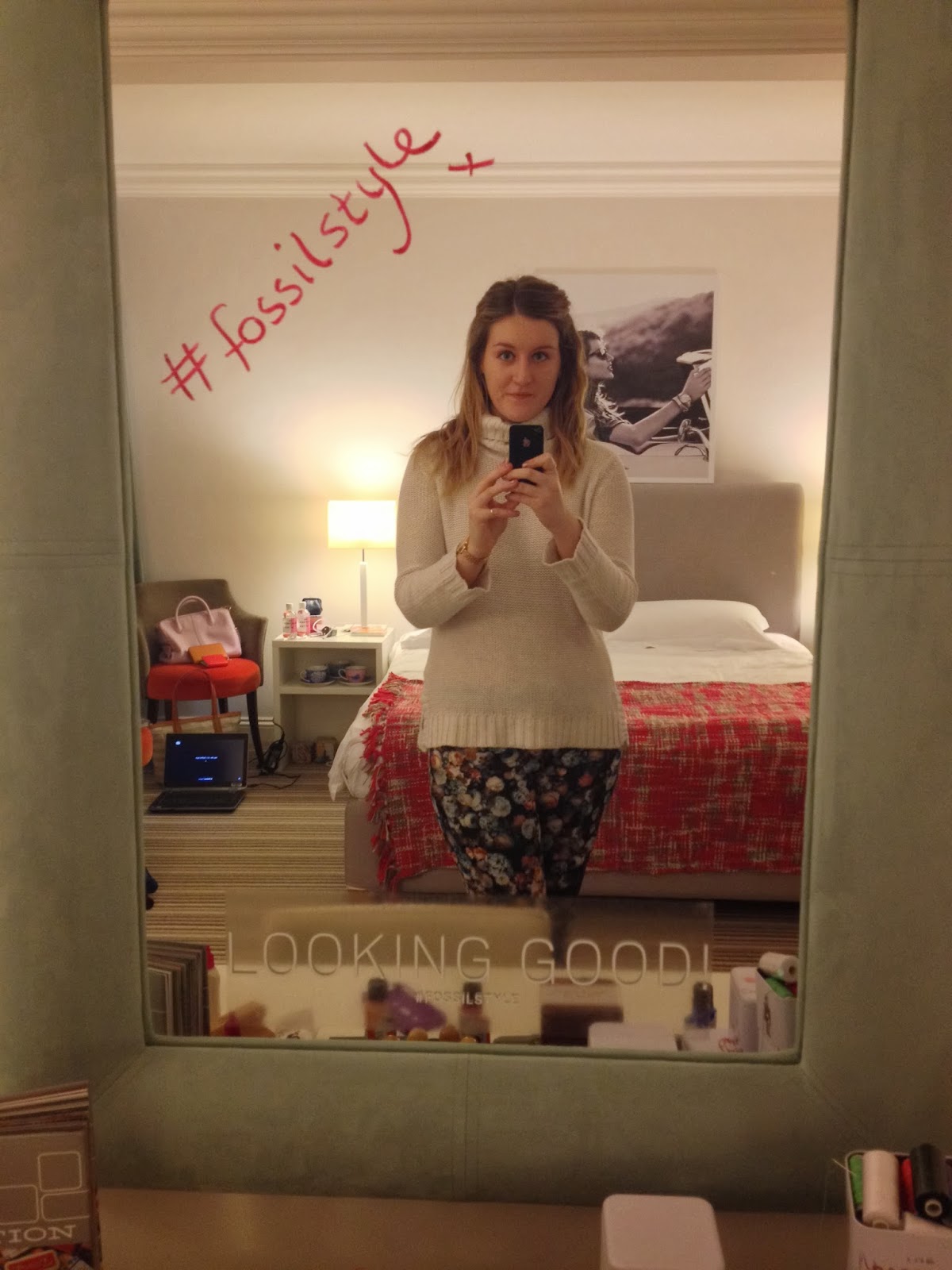 Have you been to The Apartment before? What do you think? Thanks for stopping by!

Katie Davies is the Yorkshire-based freelance writer who founded The Trendy Tourist. In the last three years, she has written for over 100 companies on a range of subjects, from fashion to marketing. When she’s not producing content, you can find her shopping, exploring a new place or sitting somewhere having a cup of builder’s tea.

How to Dress as a Wedding Guest…

3 Winter Coats You Need to Have…

How to Style Joggers for SS20

5 Wardrobe Staples Every Woman Should Own