Wisconsin, USA: a midwestern state known for its forests, farms and lakes.

And I’ve just visited it for the first time on my way back from Las Vegas with my sister.

Granted, I never would have thought to go to Wisconsin if it wasn’t for a certain boyfriend. It’s not the most touristic option in the US, therefore, easily overlooked.

However, I’m SO glad that I’ve been now.

Even though I only spent two weeks in the state, there’s just something about it that made me want to stick around for longer.

That said, read on for my 7 highlights of Wisconsin, USA.

1. Eating Perch for the First Time at a Supper Club

Supper clubs are pretty famous in the state – especially Friday night’s all-you-can-eat fish fry. It’s a pretty social experience, where diners come to drink alcohol and talk before they eat.

And then stuff their faces with fish afterwards. (Om nom nom!)

I tried perch for the first time in Green Bay at a suppers club called Farrs Grove… and I can conclude that it was LUSH. 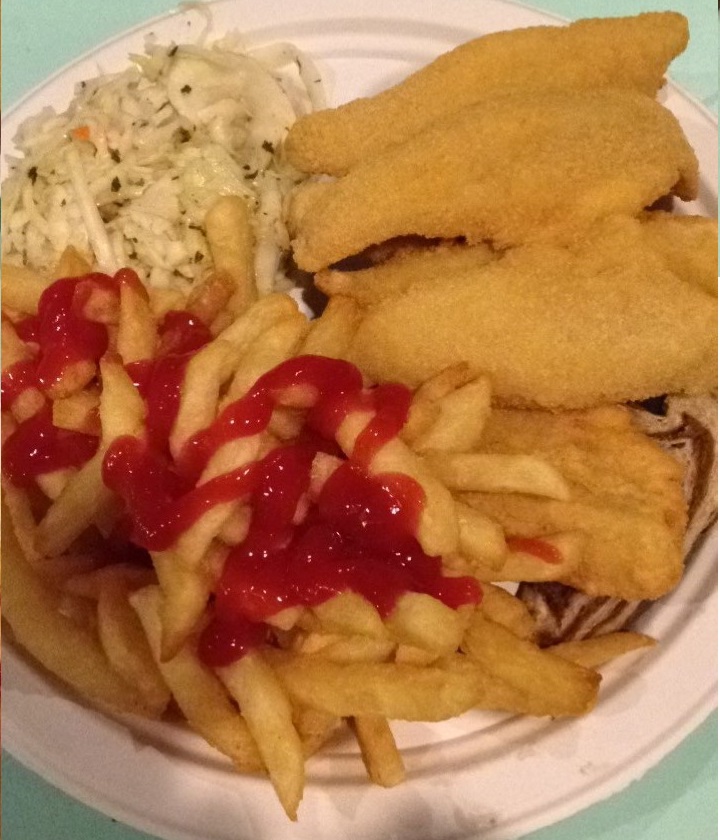 Wisconsinites are like the Irish – they sure can drink! And this is a well known “thing” to the rest of the US.

Nathan helped me fit right in by taking me wine tasting one day at 10am to the wineries in and around Door County.

For those of you who don’t know, Door County is on a peninsula between Green Bay and Lake Michigan, north of the city. It’s a rather scenic area with a lot of pretty parks and coastline.

Because of this, Door County gets many visitors each year from natives and non-natives alike, especially during the summertime. 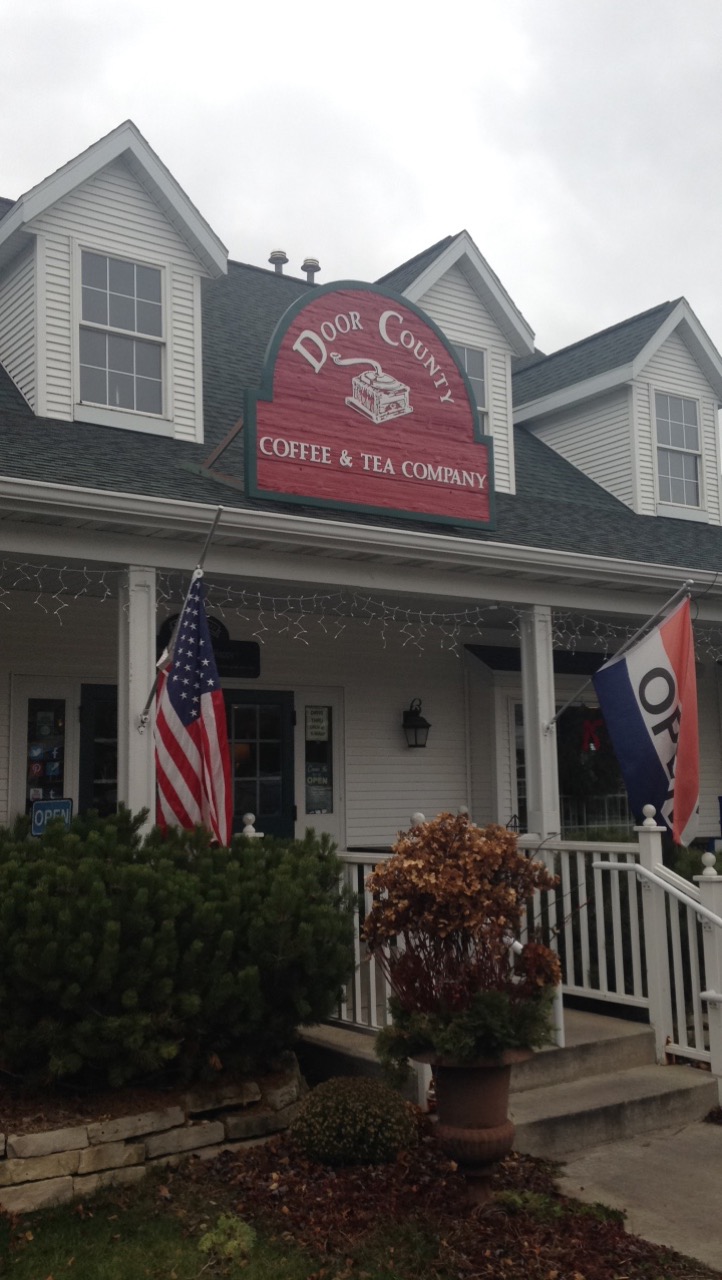 Fish Creek is the cutest little town in Door County, right on the lake. Because we visited in December, out of season, it was really quiet and peaceful.

In fact, the main street looks like something right out of a film set – so charming and understated. It actually reminded me a lot of Wilmington, North Carolina, which Nic and I visited in January 2015.

To put it simply: I fell in love! 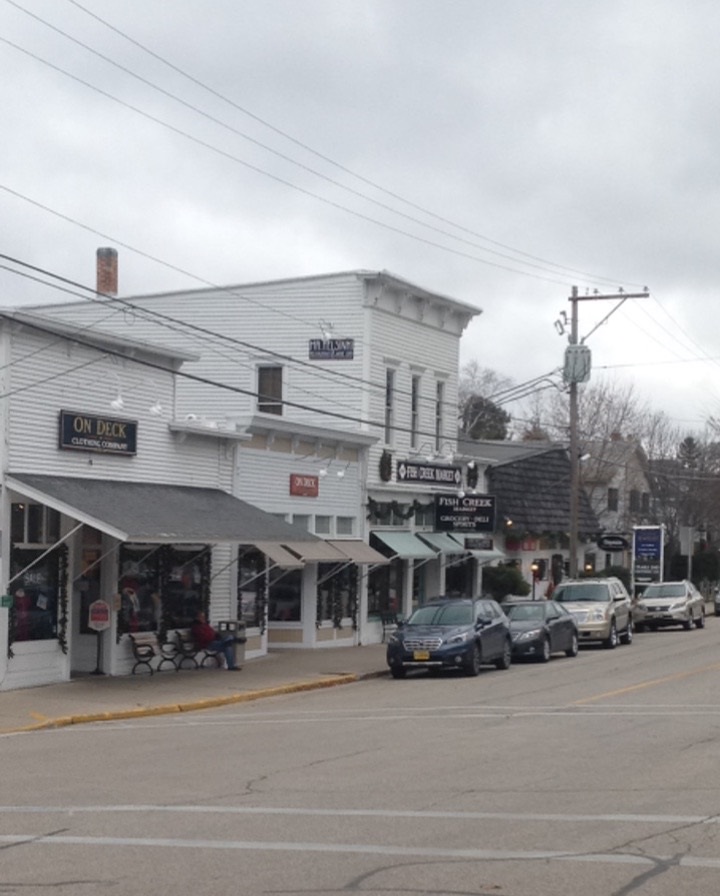 4. Going to the Cinema to See ‘Fantastic Beasts and Where To Find Them’

Anyone who knows me knows that I’m a massive Harry Potter fan, so naturally I had to go to see the latest instalment set in the Harry Potter world.

Plus, the cinema in Green Bay has a traditional-old-school-cinema-style exterior which made it feel like an even more special experience.

When the film first began, it was quite slow-paced and, in all honesty, I wasn’t sure I was going to like it. But it soon picked up and by the time it had finished, I had really enjoyed it! 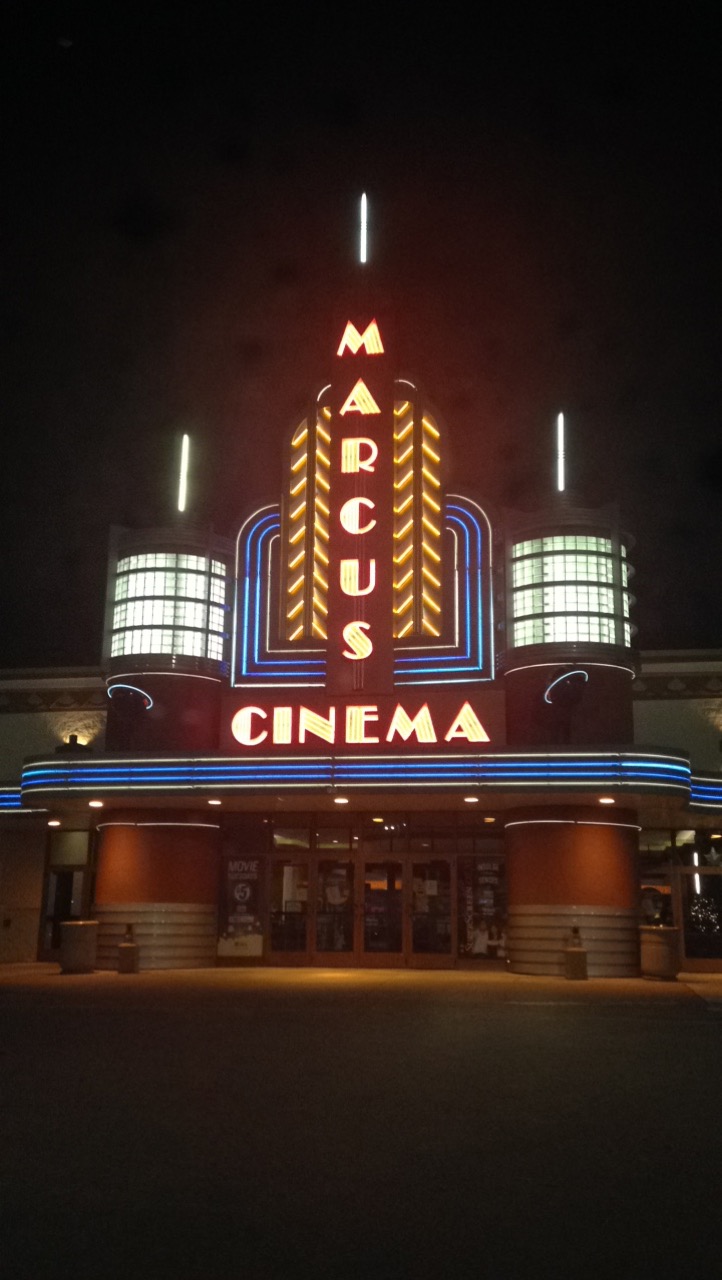 5. Spending a Snowy Weekend Away in Madison

During my short trip, it was really nice to use Green Bay as a base and then venture off to other places in Wisco like Door County and Madison.

Madison is the capital city of Wisconsin with a downtown area situated between two lakes which makes it very pretty indeed!

And the weekend that we chose to go, it had snowed so it looked EVEN MORE GORGEOUS.

It’s quite a foodie city, so we spent a lot of time in nice eateries. We also did a wee bit of shopping (one of my favourite pastimes) and then I had my first experience in a comedy club on the Friday night. 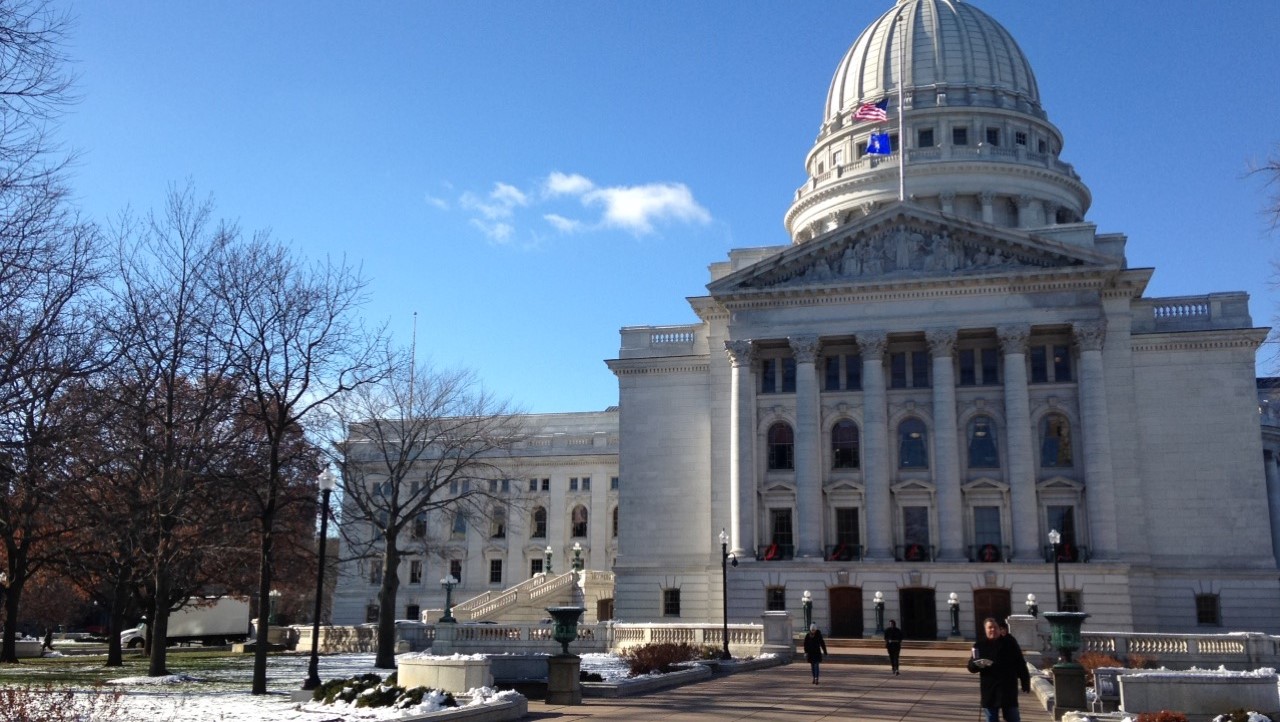 6. Going to See The Nutcracker Ballet

Before we even ventured to Madison, Nathan and I had previously talked about events going on the weekend that we would be there. The first thing that came up was Madison Ballet’s The Nutcracker at the Overture.

However, the tickets were a little on the pricey side, so we had no choice but to skip it.

I was pretty gutted as I wanted to see the ballet ever since I was a little ballerina myself. (Yes, I used to dance! And yes, I used to love it!)

Then Nathan decided to surprise me by getting us tickets as part of my Christmas present which was really lovely of him. (That’s how you know you’ve got a keeper, gals!)

Let’s just say: it was an amazing experience and worth waiting 26 years for! 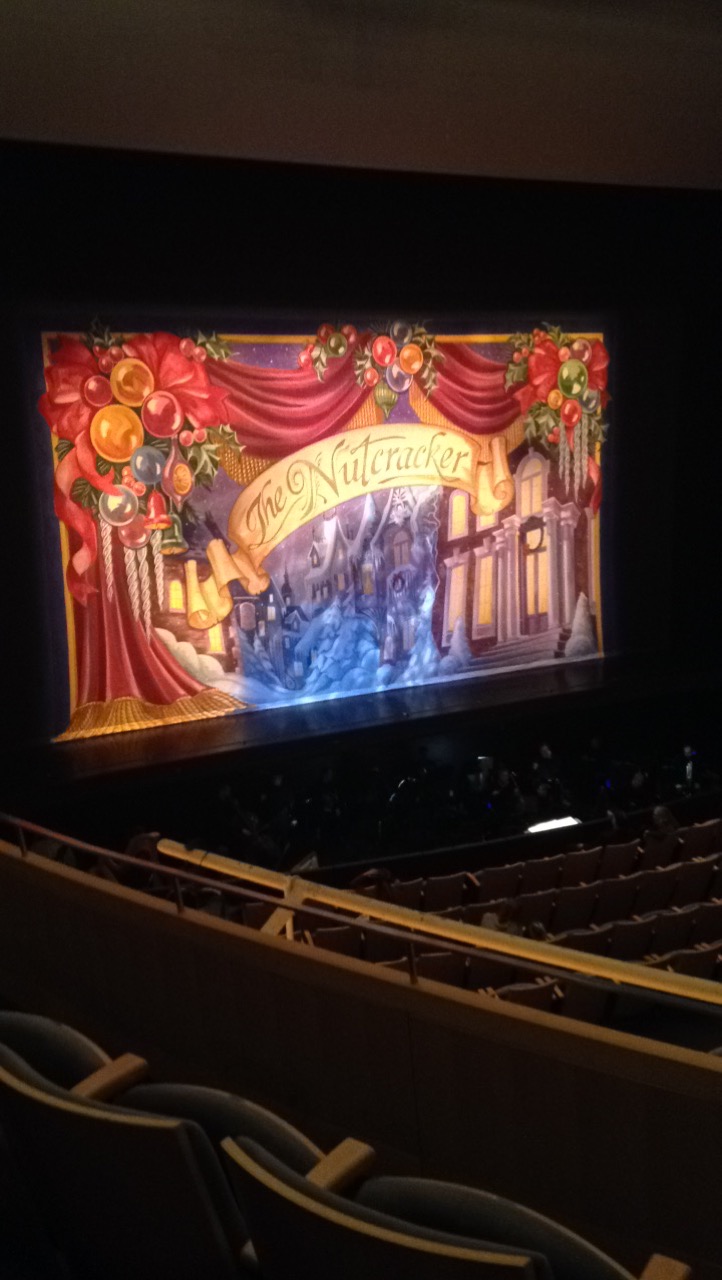 7. Watching the Packers Play for the First Time

Another first while I was in Wisconsin, USA was going to watch the Green Bay Packers play the Seattle Seahawks at Lambeau Field.

I had always wanted to go to an American football game to experience how it compares to Super League rugby here in the UK.

My Dad took me to countless Wakefield Trinity rugby games growing up. Therefore, I was keen to see what all the fuss was about with the Packers and if American football lived up to the hype!

Sure enough, it was such an enjoyable experience and the atmosphere at Lambeau was on fire. The only downside was that it was -5 degrees celsius when we were watching the game, which an English girl just isn’t accustomed to. Brr. 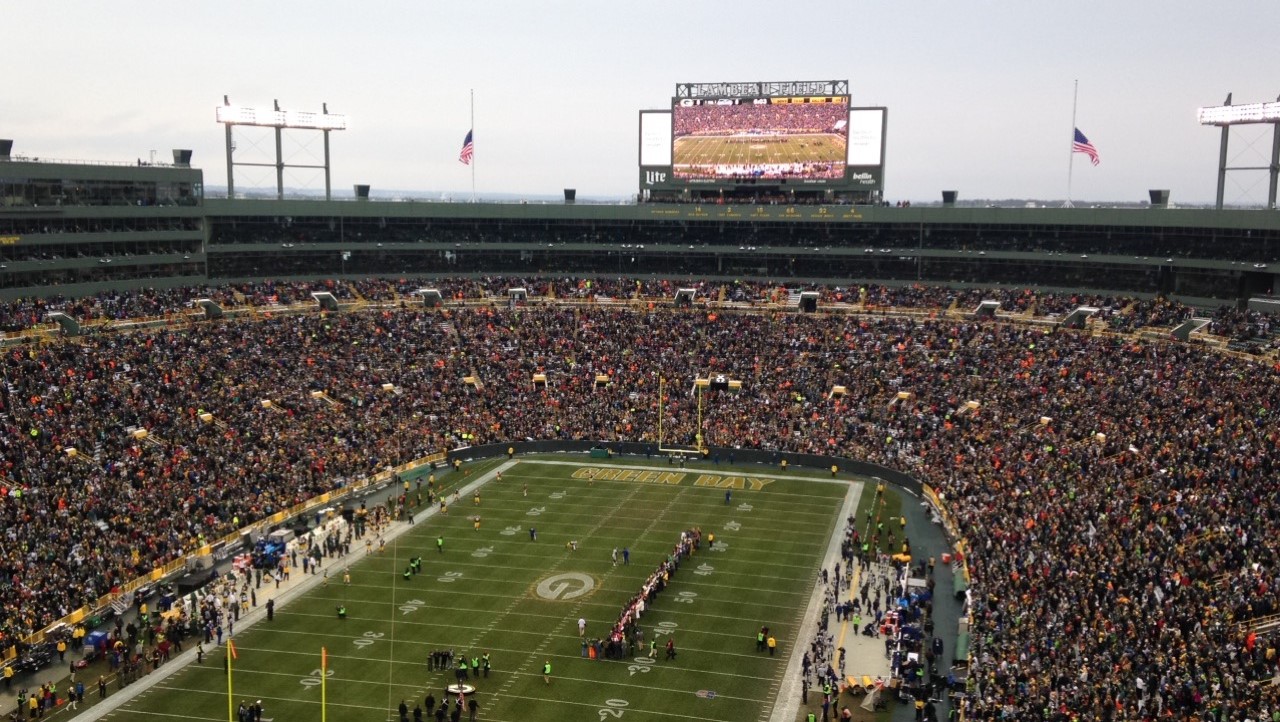 All in all, I had the most amazing time with Nathan in Wisconsin and I’m thoroughly looking forward to returning in the near future!

It’s bound to happen seen as though we’re officially in a long distance relationship. 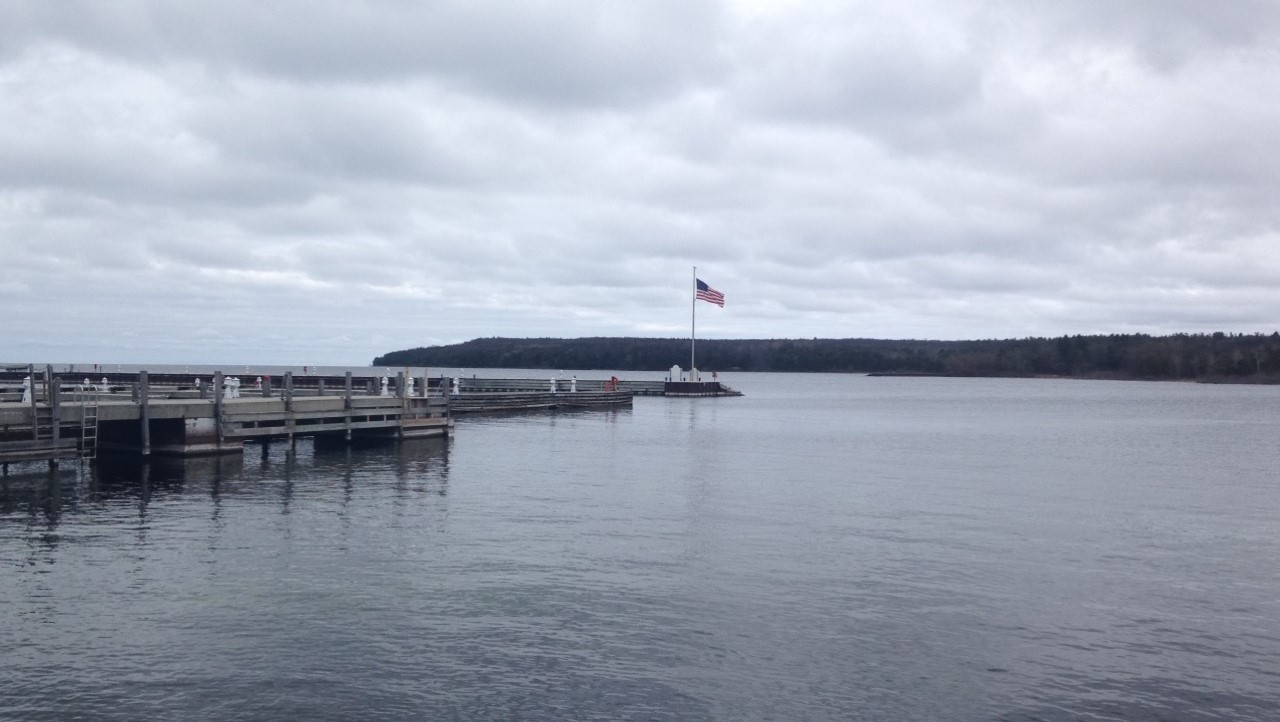 Have you been to Wisconsin, USA? Did you enjoy it? Let me know in the comments.

10 Tips For Being in Town During…

Top Things to Do in Cancun (As…