5 Reasons Why Koh Phi Phi is So Popular

Everybody that I’ve ever met who has visited Koh Phi Phi has nothing but good things to say about it.

Part of the Phi Phi Islands, this island is situated between Phuket and the Straits of Malacca coast of Thailand.

How to Get to Koh Phi Phi from the UK

First things first, getting to Koh Phi Phi from the UK can be a bit of a challenge.

Your best bet is to fly to Phuket from either Dubai (with Emirates), Doha (with Qatar) or Abu Dhabi (with Etihad Airways).

Either way, you need to fly to one of these cities to start with from Manchester or London before flying on to Phuket.

From Phuket, you can get to Koh Phi Phi via a ferry service or speedboat only.

The prices for this journey range from £15 – £30 depending on the company and service. Some will offer pickup from airports or your hotel.

Sure, it sounds like a journey and a half. But trust me, Phi Phi is worth it!

Why is Koh Phi Phi so Popular?

There are reasons why Koh Phi Phi is often talked about as the most beautiful island in Thailand. And here are 5 of them. 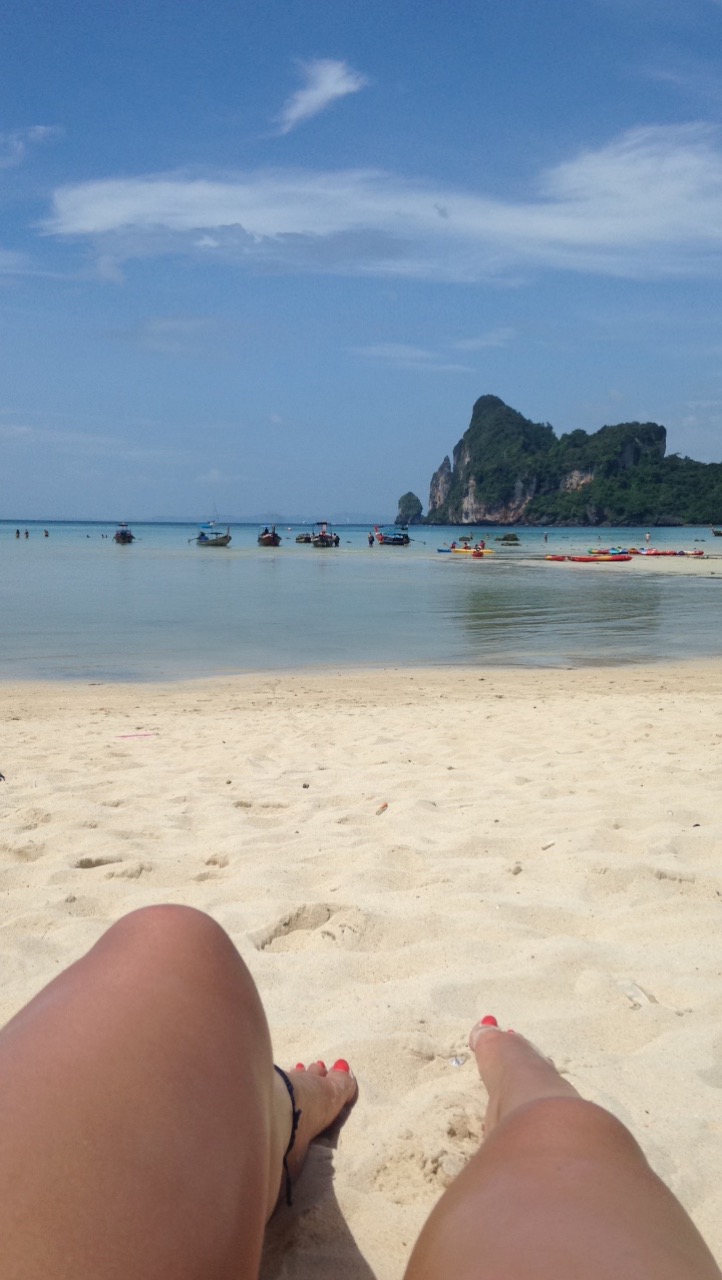 The lack of roads and cars means that Koh Phi Phi is such a unique island.

I honestly didn’t realise this was going to be the case when my sister and I rocked up off the ferry hot, tired and sweaty with our backpacks ready to hail a taxi to get us to our hotel. As we made our way off the pier into the chaotic streets of Phi Phi, we took a look around and it suddenly dawned on us… Hey, WHERE ON EARTH are all the cars?

(Oops, we totally missed that memo.)

That said, the main touristic part of the island is very easy to walk around as the streets are compact and only cover a small area.

2. The Nightlife is Lively

Next up, there’s no denying that the partying on Koh Phi Phi is something else entirely.

Don’t get me wrong, I’m not a partying expert – and I haven’t been everywhere in Thailand. But out of the places I have been to, Phi Phi wins for the night life hands down!

I find it difficult to describe when people ask me why the Phi Phi partying is so good. All I can say is that it’s just a feeling, an attitude, a vibe that you get when you’re out there.

Everybody is there to enjoy themselves and have a good time, meaning that the atmosphere is electric as a result.

Pro traveller tip: my favourite night life spot, if you’re interested, was a live music bar called Kongsiam. Imagine a bunch of tipsy tourists from all over the world, swaying and singing along to classics such as Oasis’ “Wonderwall” or Bob Marley’s “Three Little Birds.”

Put it this way, it certainly does not disappoint!

3. The Beaches are Seriously Pretty

Loh Dalam Bay is one of the most beautiful beaches I’ve ever seen. 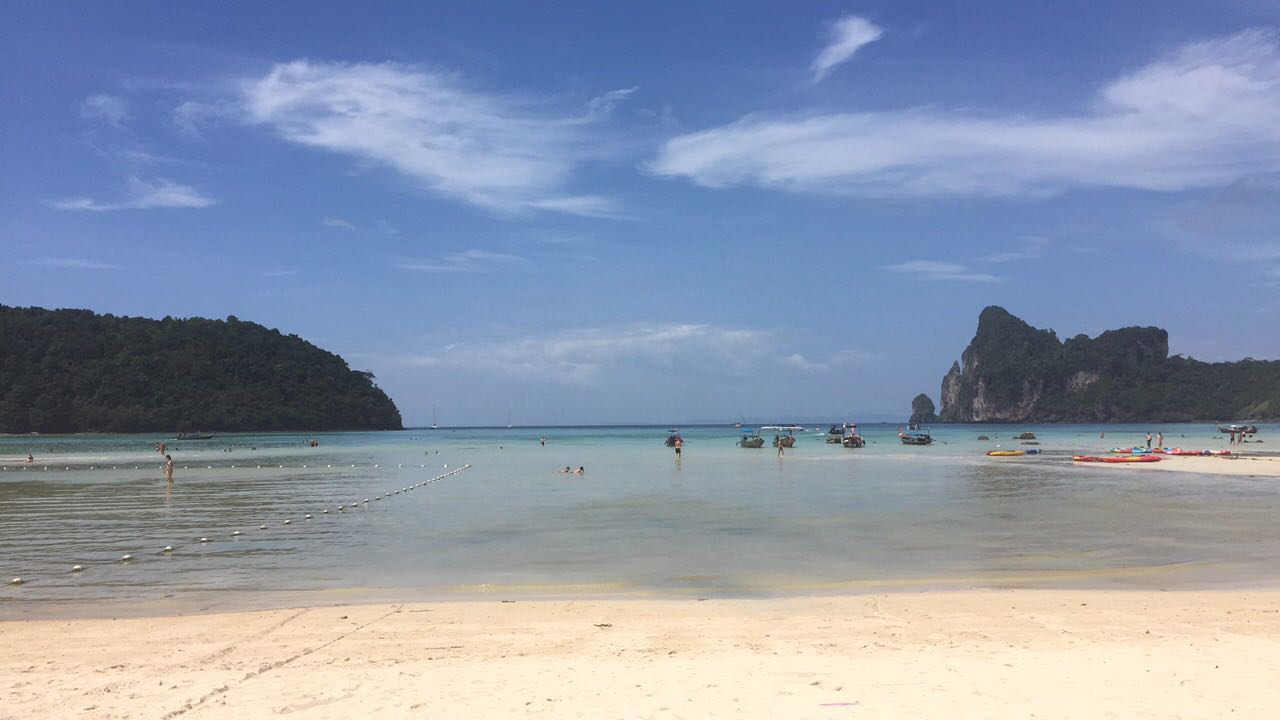 4. Maya Bay and Monkey Beach are Just a Longtail-Boat Ride Away

Speaking of breathtaking, the island where The Beach was filmed (starring Leonardo Di Caprio) is a short boat ride away from Phi Phi.

You can take a tour there in a small group of about 10-12 people. And it not only stops off at Maya Bay, but it also goes to Viking Cave where you can snorkel before finishing up at Monkey Beach.

Monkey Beach is literally what it says on the tin, a beach where a load of monkeys live and roam around, and sure is a sight to behold!

When it comes to Maya Bay itself, it’s unbelievably stunning – and definitely a must-visit.

Pro traveller tip: book one of the first tours early in the morning before the majority of people are even awake.

Yes, it’s a bit of stinger getting up at 6am when you’re on holiday but, that way, you will have the place to yourself and get some gorgeous photos that will make it all worthwhile. 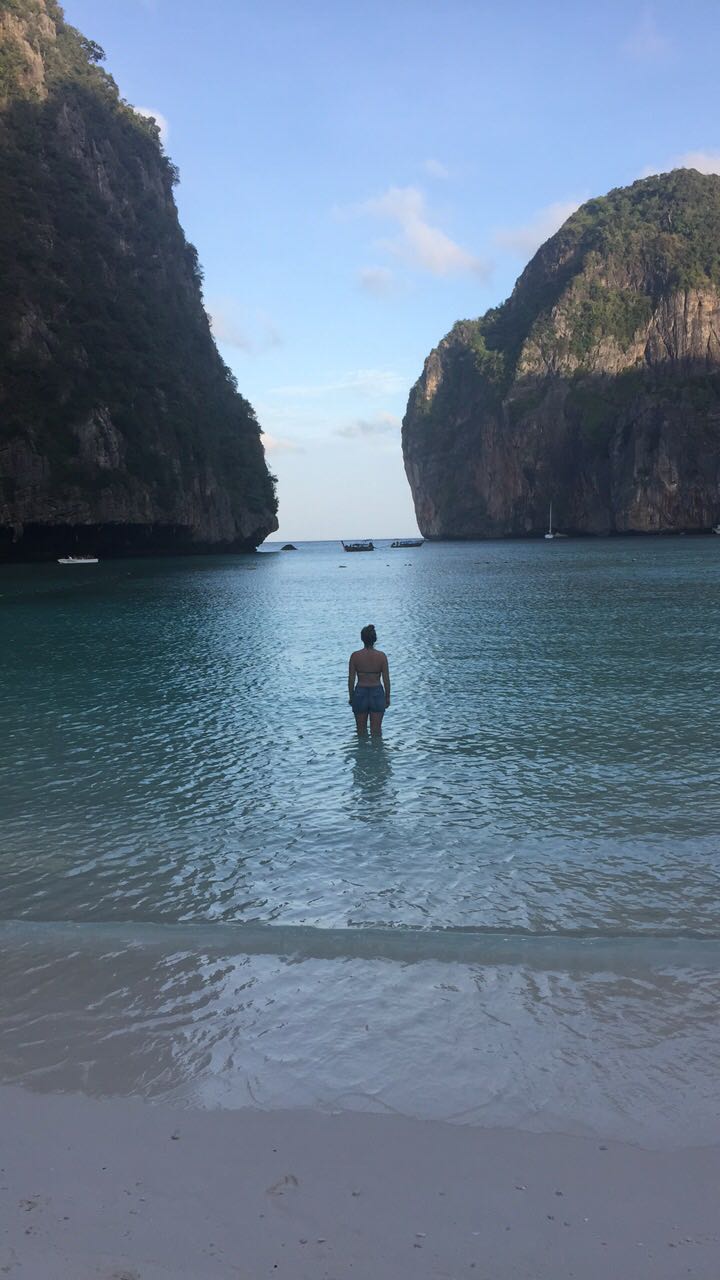 Finally, there is something really important that you need to know about Koh Phi Phi. A lot of people get tattooed there because tattoo shops out there are literally like Starbucks cafes in America – there’s one on every corner.

As my sister and I were toying with the idea of getting a tattoo for a while, we decided to adopt the “if you can’t beat ’em, join ’em” mentality! #WhenInPhiPhi

And do you know what? I have no regrets. 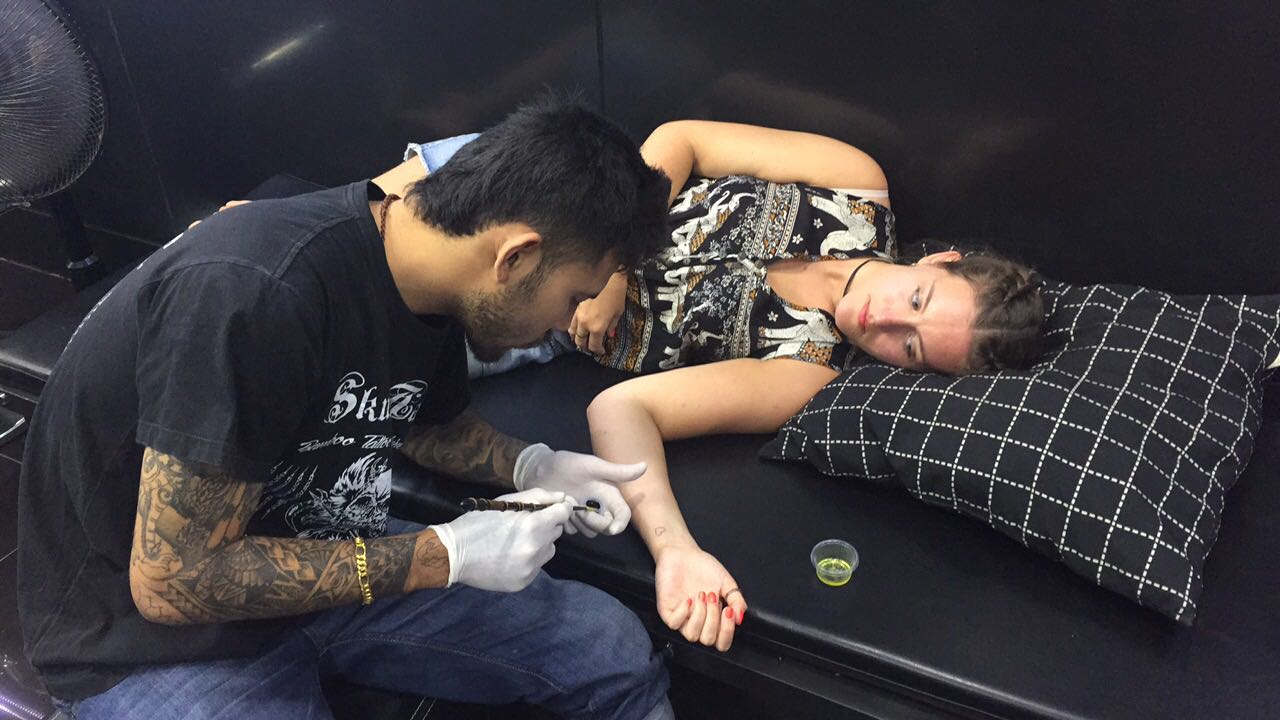 Obviously, it’s not going to be everybody’s cup of tea, but I really think that Koh Phi Phi is one of the most fun islands I’ve ever been to.

Between the beaches, nightlife, excursions and atmosphere, it not only meets expectations, but exceeds them. And I highly recommend the island to anyone travelling around Thailand in the near future. 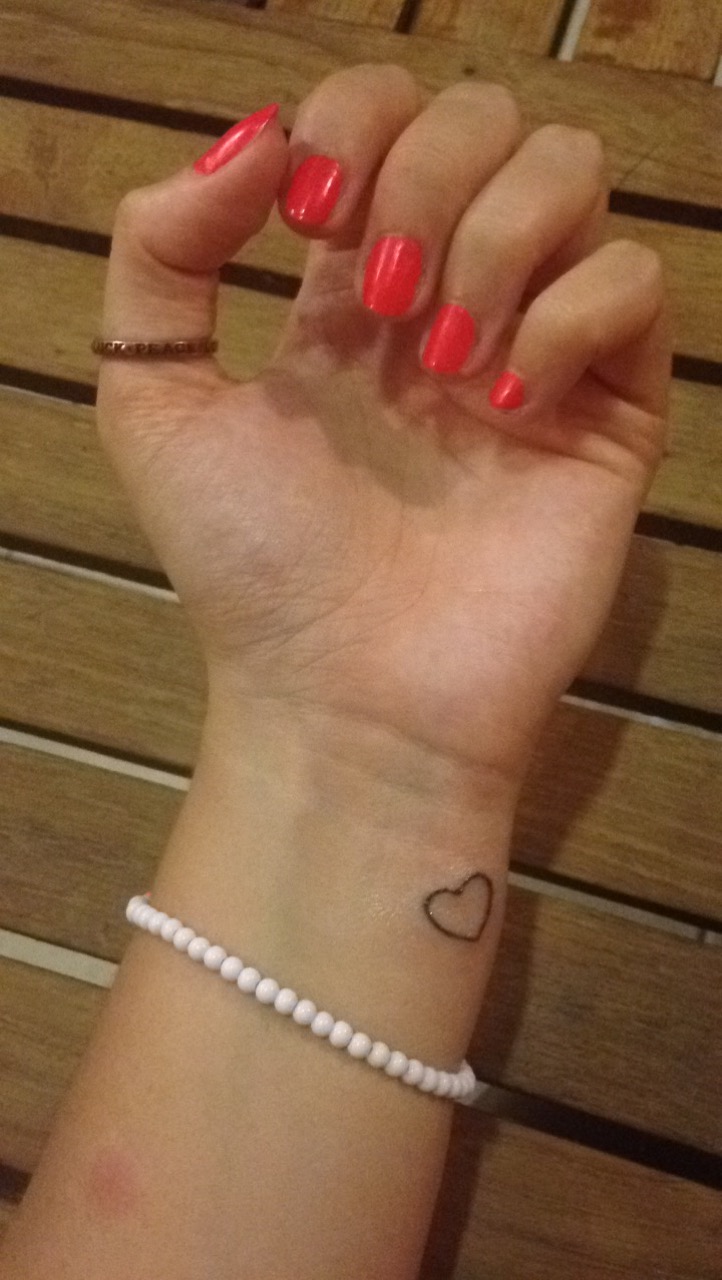 Do you understand why Koh Phi Phi is so popular? Have you been? Let me know in the comments!

7 Spectacular Things to Do in Lijiang,…

What to Do in Thailand for a…

Why You Need to Visit Ao Nang…

7 Exciting Things to Do in Dubai