The East Coast Australia Road Trip: Where to Go and What to Do

The east coast Australia road trip: renowned worldwide for being one of the best journeys you’ll ever take.

From the city lights of Brisbane to the gorgeous sandy beaches of Byron Bay, there’s something for everyone to enjoy along the way.

I decided to take the trip in December 2014 as part of a three and a half month backpacking adventure. And what a trip it was! Figuring Out Where to Start

It’s completely up to you where you decide to start the east coast Australia road trip.

In my experience, the majority of travellers start from Melbourne and work their way up to Cairns (or vice versa).

Personally, I went from Cairns to Sydney and then covered off Melbourne in a separate Australia trip (because it really is a must-see!)

Working Out How to Get Around

Most backpackers choose to rent a campervan or motorhome so that they have the freedom to see as much as the east coast as possible.

If you don’t want to camp, the other choice is to sign up for a Greyhound bus pass that will easily take you from A to B.

Just be prepared for long periods of driving! After all, Australia is the sixth largest country in the world.

Either way, flying doesn’t really make sense unless you have a lot of money to burn and don’t mind doing several flights in a short space of time.

Cairns is a cute city in the north of Queensland that’s considered the gateway to the Great Barrier Reef.

If you’re keen on snorkelling or scuba diving, then don’t miss it! You can also see aspects of the Great Barrier Reef through a glass-bottom boat trip. That said, sometimes the views aren’t very clear this way.

In addition to the Great Barrier Reef, other points of interest include a great shopping mall (Cairns Central), the pier restaurant area, a cool lagoon and the weekend indoor markets.

If you head out of the city, you can even find remote beaches and Daintree National Park.

Airlie Beach and the Whitsunday Islands

Airlie Beach was actually one of my favourite stops on the east coast Australia road trip.

Why? Well, because of its close proximity to the Whitsundays Islands, of course. But also because the place itself is small, cute and charming.

Airlie Beach has the biggest and best lagoon that I saw on the entire trip, as well as a really pretty harbour. Furthermore, all the shops, bars and restaurants are on one strip meaning that it’s an ideal place for a holiday.

My companion and I did a day trip to the Whitsunday Islands and it certainly didn’t disappoint!

First, we visited Daydream Island where we got to see the largest outdoor living reef in Australia. The aquarium was complete with sharks, sting rays and Nemo fish, amongst other amazing sea life.

We also got to feed some fish whilst paddling in the sea and have them swarm around us, which was a pretty cool experience! We then headed to Hamilton Island where we had a picnic for lunch. The only way to get around this island is via golf buggy. I mean, I’ve never seen so many of them in one place!

It’s a gorgeous place with a quaint little town and beautiful harbour – and the golf buggies only add more character. After Hamilton we headed to Whitsunday Island to visit the famous Whitehaven beach.

It’s now one of my favourite beaches due to the super soft sand which is ultra fine (like sugar!) It also never heats above 20 degrees which means you can walk on it at any time of the day without burning your feet, unlike most beaches.

It’s truly stunning and lives up to all the hype. Get yourself there.

Fraser Island is known as a “backpacker must-do” due to the fact that it’s the world’s largest sand island. Plus, several hostels put on specialised trips where you can stay on the island.

Whether you head there from Rainbow Beach or Hervey Bay, it’s certainly not to be missed. Having said that, a day trip could easily suffice.

From the freshwater pools of Lake McKenzie to sand-dune bashing and the Cathedrals cliff that’s famous for its coloured sands, there’s plenty to do and see. Rest assured that you won’t be bored.

A modern metropolis that’s the capital of Queensland, Brisbane is a large city situated on the Brisbane River.

All the shops are in one place on Queens Street, including some super shiny malls and skyscrapers which reminded me of Singapore.

There’s also an arts and culture section across the river where the Queensland Gallery of Modern Art and Queensland Museum and Science Museum are located.

This area is where the famous “Brisbane” sign is, as well as the lagoon, which is fun to explore. All in all, it’s a captivating city that you should definitely put on your travel bucket list! 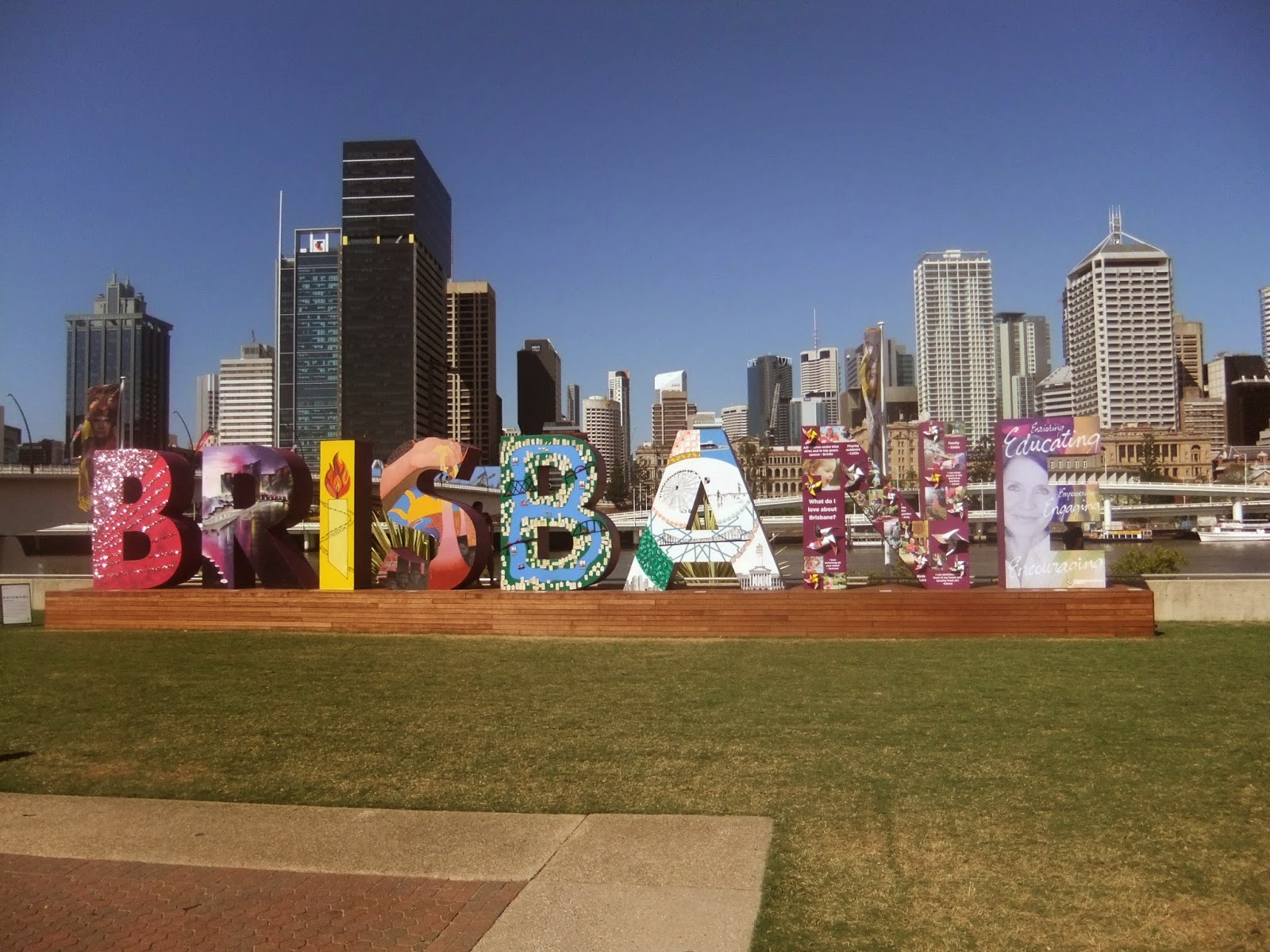 That said, my favourite thing that we did while we were in Brisbane is take the thirty-minute bus ride out of town to the Lone Pine Koala Sanctuary. This is a bit like a mini zoo with a focus on koalas and other Australian wildlife, such as kangaroos and dingoes.

Whilst we were there we were able to get up close and personal with the animals, from stroking koalas to feeding the kangaroos.

Anyone who knows me knows that I’m a big kid at heart and I absolutely love the zoo, so this was an amazing day for me! 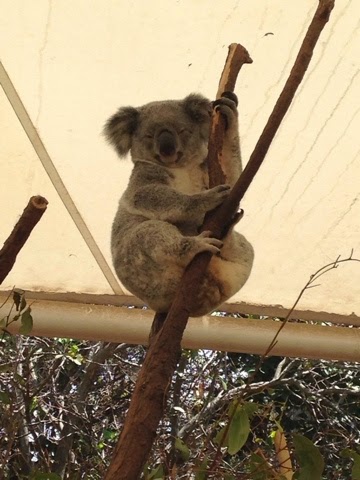 Following Brisbane, my travelmate and I headed to Byron Bay, another beach town famous for surfing. It’s slightly bigger than Airlie Beach and has a bit more going on.

Main Beach is beautiful but the weather wasn’t great while we were there – I think we managed a couple of half days sunbathing on the sand, unfortunately!

Even so, the town is incredibly endearing with a lot of independent stores and boutiques where you can find unique bargains. It also comes alive at night thanks to its abundance of bars and restaurants.

Are you a hiker? Bonus! There’s a couple of nice walks up to the lighthouse that you can do on a sunny day. And it’s unbelievably stunning up there. 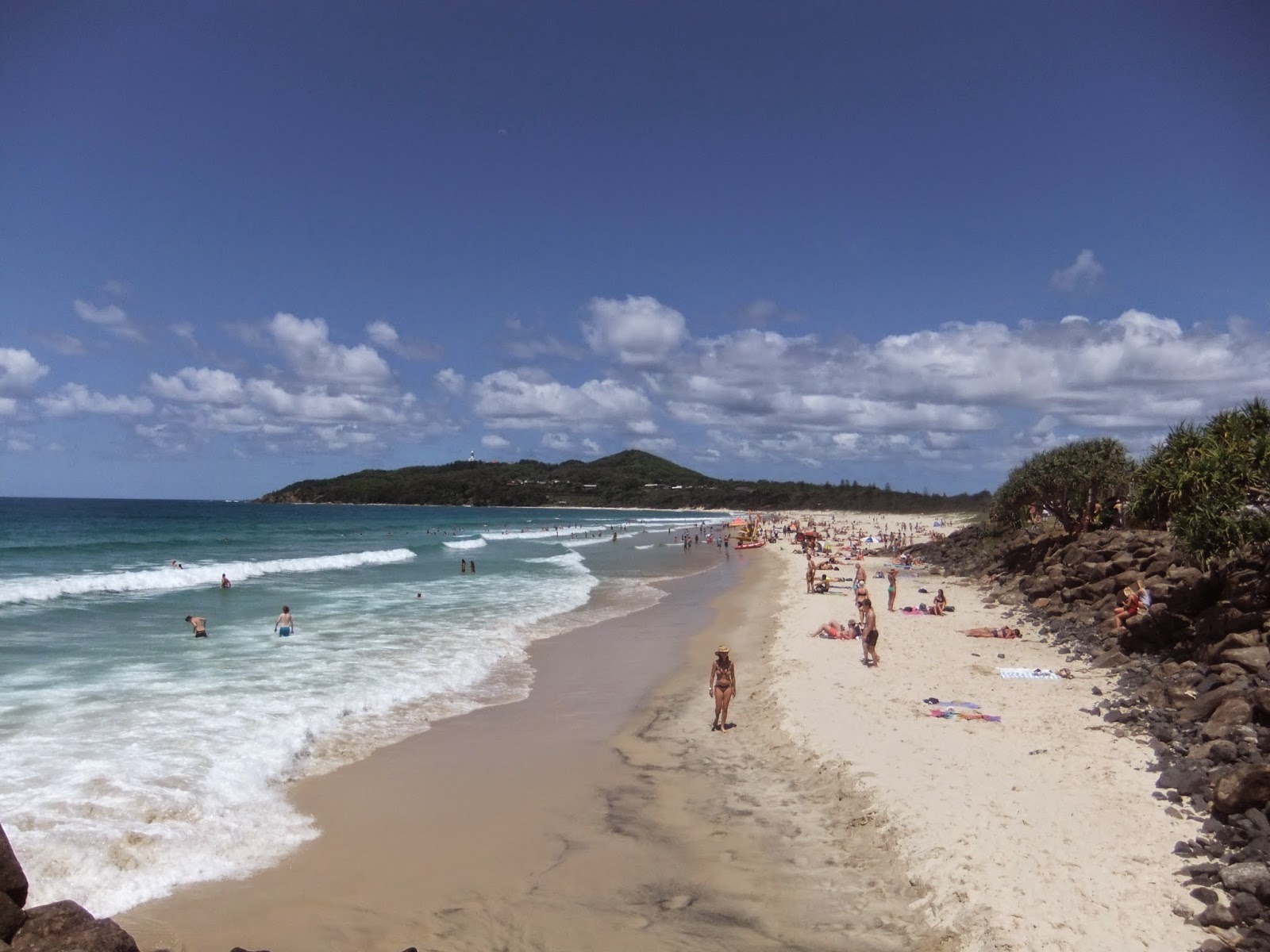 Other Stops on the East Coast Australia Road Trip


As I said earlier, both Melbourne and Sydney are not to be missed for different reasons.

Noosa is a popular stop for tourists with an incredible beach, but I missed this off on my trip due to lack of time.

You can also visit Gold Coast, south of Brisbane, known for its surfing, long sandy beaches and theme parks like Sea World and Wet’n’Wild.

Finding a Route That Works For You

You can easily spend four weeks doing the east coast Australia road trip. However, it just depends how long you can afford to spend in the country (given that it’s quite an expensive country!)

Even so, you can always make more money. But you won’t always get the opportunity for an Aussie adventure. Maybe it’s time that you embrace it with both hands. 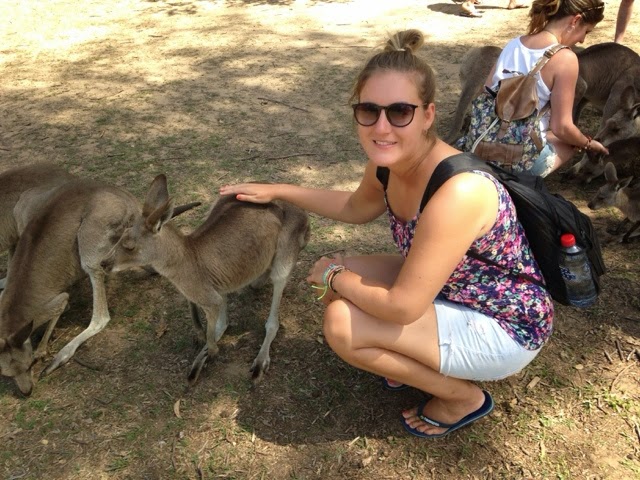 Have you been on an east coast Australia road trip before? What were your highlights? Let me know in the comments!

5 Things to Do in Boston in…

How to Spend One Day in Christchurch

7 Tips For Exploring Milford Sound from…